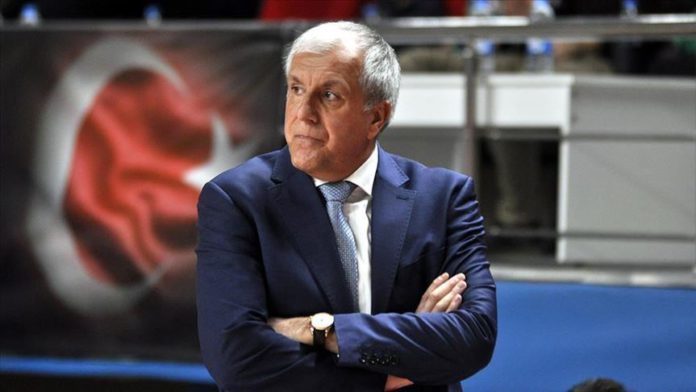 “We regret to say that our coach [Obradovic] told the club today that he won’t coach a team for a year,” Fenerbahce said in a statement on its website.

It said that Obradovic met club executives including President Ali Koc last week in Istanbul to plan the new season and the coach on Friday returned to his country Serbia to make his final decision after talking with his family.

The Istanbul team stated that they respect Obradovic’s decision, calling him as a “club legend” for his achievements at Fenerbahce Beko.

It added that he will remain as a member of Fenerbahce forever.

“In this moment, I have made the decision to take a timeout for one year,” Obradovic said in a statement, describing his leave “one of my hardest decisions in life.”

“It was an honor and pleasure to be a member of a big club like Fenerbahce. This is a new beginning for Fener and not the end and I am sure that the fans will for sure continue to support the club and that they will celebrate again great sportive moments like we did before,” he added.

Obradovic, 60, is one of the most respected head coaches in the European basketball as he won 9 titles in the top-tier campaign Turkish Airlines EuroLeague with several clubs including Fenerbahce Beko.

He joined Fenerbahce Beko in 2013-14 season to win the EuroLeague in 2017, the Turkish club’s sole major international title.

He last won the 2020 Turkish Cup with this team.