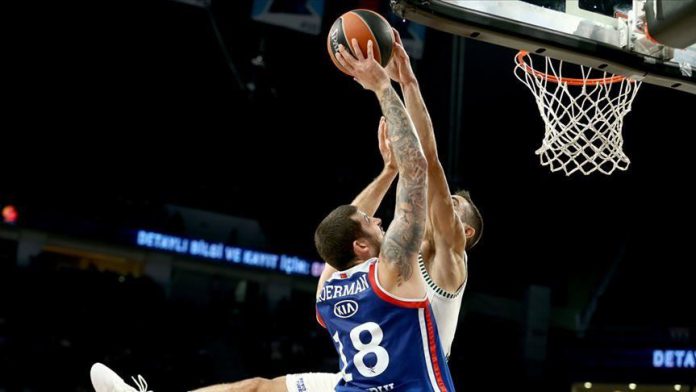 Turkey’s Anadolu Efes will take on Russia’s Zenit on Thursday in the eighth round match of the Turkish Airlines EuroLeague 2019/20 regular season.

The match will be played at 1730GMT at Istanbul’s Sinan Erdem Dome.

Anadolu Efes are at the fifth spot, winning five of seven matches as they lost two games against the Spanish basketball giants Barcelona and Greek basketball powerhouse Panathinaikos.

Anadolu Efes’ opponent Zenit are currently at the 16th position, having two wins with their poor form.

In the seventh round match of EuroLeague on Nov. 7, Zenit lost to another Russian team Khimki 87-73, while