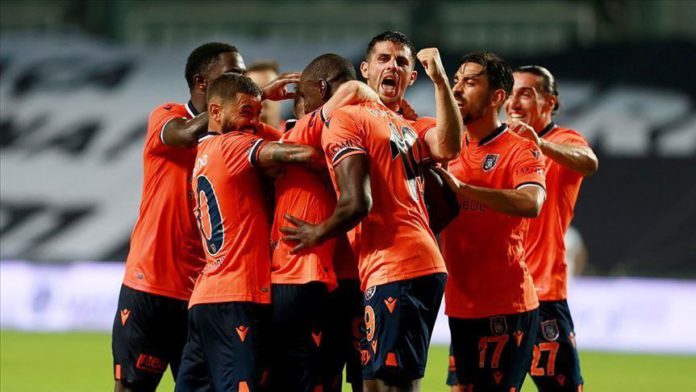 Following their fairy tale in Turkey, the Istanbul club is now much more confident so it eyes Wednesday’s Europa League clash against Denmark’s Copenhagen.

The coronavirus pandemic forced UEFA halt the games in March for health reasons but Europa League is set to return Wednesday.

Basaksehir will visit Copenhagen in the last 16 return match, which will be held at the Parken Stadium at 1655 GMT.

The game will be refereed by Daniele Orsato from Italy.

If Basaksehir managed to reach the quarterfinals, the Turkish side would take on Manchester United or LASK in the next phase.

Manchester United had a big advantage for the next stage as the Red Devils had hammered the Austrian opponents 5-0 in the first leg in Linz.

The second leg will be in Manchester’s Old Trafford Stadium.

Medipol Basaksehir had been eliminated from the UEFA Champions League after Greek side Olympiacos beat them 3-0 on aggregate in the third qualifying round.

Following their defeat to Olympiacos, Basaksehir continued their journey in the UEFA Europa League group stages.

Having bagged 10 points, Basaksehir booked their place in the Europa League round of 32 as group winners.

Here, Basaksehir made hard work of the Portuguese club Sporting, winning 5-4 on aggregate.

So the Turkish team carried on their quest in the Europa League.

Copenhagen made their way to the Europa League after losing to Serbia’s Crvena Zvezda in the UEFA Champions League third qualifying round on penalties over 1-1 ties in home and away matches.

So Copenhagen advanced to the Europa League groups.

Copenhagen qualified for the Round of 32 after they had finished the Group B in the runners up position.

They faced the Scottish powerhouse Celtic in the last 32.

Copenhagen qualified for the Round of 16 following a thrilling 4-2 win on aggregate over Celtic.