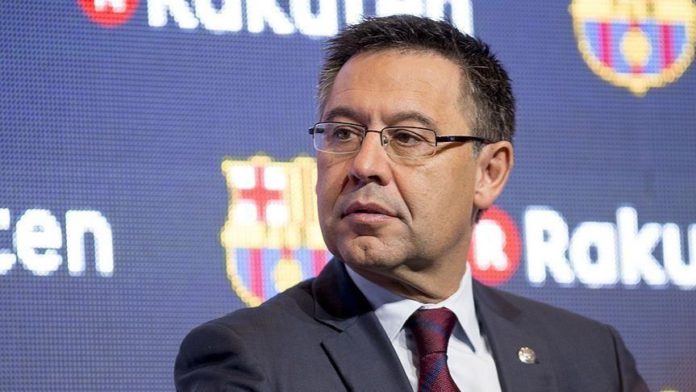 Former president of the Barcelona football club, Josep Maria Bartomeu, was provisionally released Tuesday after appearing before a judge in an investigation concerning unlawful business practices.

Bartomeu and close advisor Jaume Masferrer spent the night in jail after being arrested Monday.

The team’s CEO and its legal director were also detained when police raided the corporate offices of FC Barcelona but they were released the same day.

All four men refused to testify when called to declare in court.

The raids and arrests were related to the so-called Barca-gate scandal in which executives of the team allegedly launched smear campaigns against outspoken critics of management, including Lionel Messi and Gerard Pique.

The scandal was exposed by Cadena Ser in February 2020, which won an investigative award for the story.

It found that executives hired a local company that created fake social media accounts to discredit or undermine individuals.

According to media, the club broke up payments to the communications company in sums lower than €200,000 so payments would fly under the management board’s radar.

When the story first broke, the Spanish team “robustly denied” any relationship to the fake social media accounts, although six members of the management board resigned during the fallout.

Last summer, after a poor season, a bitter public battle erupted between Messi, the team’s top player, and Bartomeu.

Messi said he wanted to leave the team but was denied that option. He later accused Bartomeu of breaking promises.

Sentiment grew among fans and players against Bartomeu, forcing the former president to step down in October before a no confidence vote threatened to relieve him of his post.

The club is set to elect a new president next Sunday to replace the interim leader.

US market at record high with hopes of larger checks