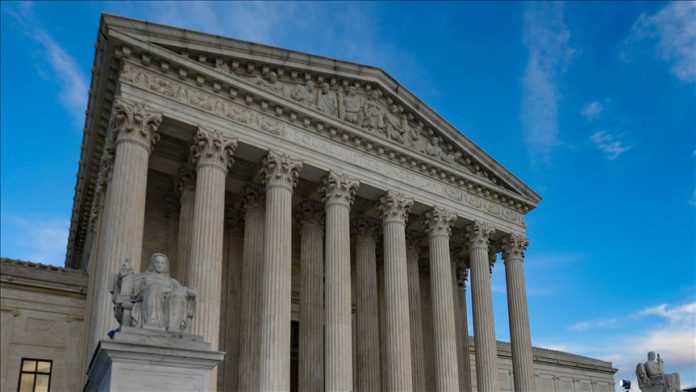 Amy Coney Barrett, US President Donald Trump’s pick to fill the vacancy left by late Supreme Court Justice Ruth Bader Ginsberg, told lawmakers Monday she would adopt a conservative judicial approach to the Constitution should she be confirmed to the top court.

“I believe Americans of all backgrounds deserve an independent Supreme Court that interprets our Constitution and laws as they are written,” Barrett told the Senate Judiciary Committee. “And I believe I can serve my country by playing that role.”

Republicans are seeking to cement a 6-3 conservative majority on the US’s top court, a goal steadfastly resisted by Democrats who maintain Bader’s spot should not be filled until the US elects a new president Nov. 3.

“Voting is underway in 40 states. Senate Republicans are pressing forward full speed ahead to consolidate a court that will carry their policies forward,” said Senator Dianne Feinstein, the committee’s ranking Democrat.

The argument is one adopted by Republicans and Senate Majority Leader Mitch McConnell in 2016 when they blocked for nearly a year former President Barack Obama’s top court pick to replace late Justice Antonin Scalia.

Merrick Garland never received a hearing, a fact touted by McConnell. Scalia’s seat was later filled by Trump in 2017.

Early in her legal career, Barrett clerked for late Supreme Court Justice Antonin Scalia, a staunch conservative jurist who was a proponent of an originalist reading of the Constitution, a view shared by Barrett.

Originalism is a doctrine largely held by conservatives which holds that constitutional interpretation should be based on how the text would have been read at the time of its creation.

Trump and his Republican allies have extolled Barrett as an expert jurist whose confirmation is a top priority even as lawmakers struggle to make headway on other vital issues, including a badly-needed coronavirus relief bill amid staggering unemployment levels.

The question and answer portion of Barrett’s confirmation hearing will begin Tuesday morning. It is likely to be highly visceral as Democrats seek to test the nominee on a variety of previously stated opinions.