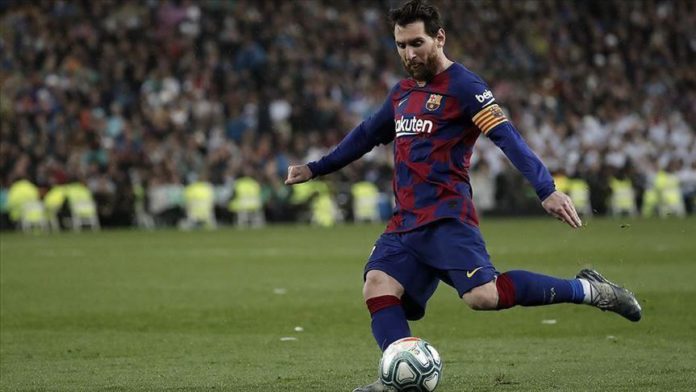 Barcelona’s Sporting Director Ramon Planes said on Wednesday they did not want Lionel Messi to leave the club, a day after the Argentinian star demanded to terminate his contract with the Spanish side.

”This is really important news, but we do not want Messi to leave the team in any way because we want him to stay here. We need to speak with Messi in a respectful way. Because he is the best player in the world and in football history,” Planes said in a press conference to unveil the new signing of Francisco Trincao.

Planes said Barcelona will overcome this period of struggle and return as strong as before.

“The union of Messi-Barcelona gave great happiness to the fans. We have to fight to maintain this relationship. We must work to find the best solution,” he said.

Planes said their common view with coach Koeman was to “create a new winning cycle” in Barcelona, led by Messi.

Messi reportedly wants to terminate his contract and invoke a clause which lets him exit the club now on a free transfer, though Barcelona is balking at the prospect.

One thorny issue between Messi and Barcelona is whether the Argentine footballer is obliged to pay €700 million ($828.2 million) if he terminates his contract unilaterally now.

The Spanish press reported the €700 million release clause in his contract did not apply provided Messi announced his decision to leave a year in advance.

The Argentinian star renewed his deal with Barcelona in 2017 and his contract is set to conclude on June 30, 2021.

US personal income fell, spending rose slightly in May

Italian Iveco buses to be manufactured in Turkey