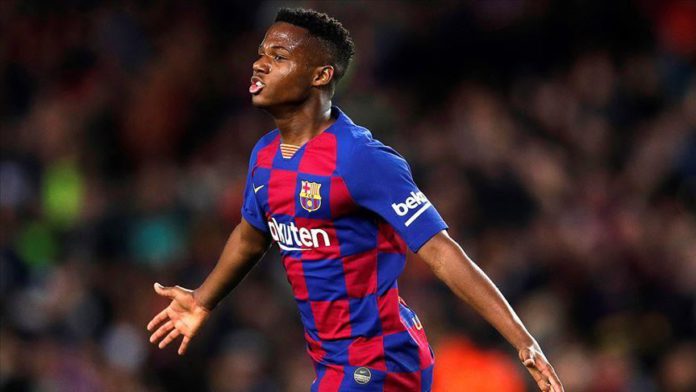 Barcelona youngster Ansu Fati has been called up to the Spanish national football team, the club announced on Thursday.

“Spain coach Luis Enrique has named the teenage striker [Fati] in his squad for the UEFA Nations League games against Germany and Ukraine. Also included is Barca midfielder Sergio Busquets,” Barcelona said in a statement.

Fati, who was born in the West African country of Guinea-Bissau, moved to Spain in 2009 and became a citizen in 2019.

He made 33 appearances for Barcelona last season, finishing with eight goals and one assist.

The forward, who turns 18 in October, became the youngest scorer in the UEFA Champions League with a late winner against Inter Milan last December – at the age of 17 years and 40 days.

Fati debuted with the Spain Under-21 side in October last year and can now get his first cap for the senior team against Germany in Stuttgart on Sept. 3 or the meeting with Ukraine on Sept. 6 in Madrid.