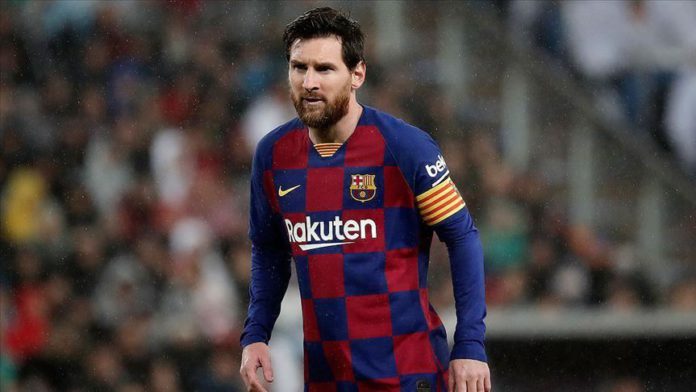 Barcelona’s Argentine superstar Lionel Messi on Friday criticized his club about Uruguayan star Luis Suarez’s leave as he thinks that the club board “kicked him out”.

“You deserved to depart for who you are: one of the most important players in the club’s history, winning things as part of a group and individually. Not for them to kick you out as they have done. But the truth is nothing surprises me anymore,” Messi said on Instagram.

A pure Barcelona product, Messi last month informed his club that he wanted to leave, but Barcelona did not let him go, refusing his request.

In addition, La Liga blocked Messi’s free transfer before 2021 and obliged €700 million ($828.2 million) release fee for an immediate departure, which forced the Argentine forward to stay at Barcelona for a final season.

The 33-year-old Argentine international put a photo on Instagram taken with Suarez in the Barcelona’s locker room as the Uruguayan forward previously bid farewell to the Spanish club.

Suarez was a Barcelona forward in 2014-2020 but made his way to Atletico Madrid on Friday. Atletico Madrid signed Suarez as the player sealed contract with the Madrid club.

The Uruguayan international went down in Barcelona history as he is currently the third top scorer for the club, netting 198 goals.

“It will be strange to see you in another shirt and even stranger to play against you,” Messi added.

This former Barca trio – also known as the MSN (Messi, Suarez, Neymar) – was lethal against their opponents for their prolificacy and harmony on the pitch.

The MSN combined 122 goals for Barcelona in that season.

China reaffirms support for Palestinian cause

Changes from pandemic open windows of opportunity for ICT sector