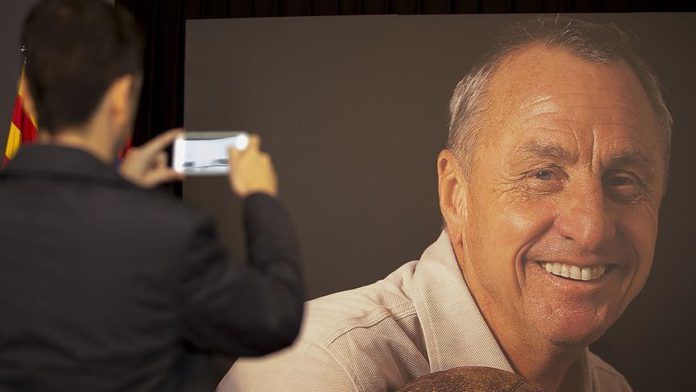 The chairman of the club, Joan Laporta, along with “first vice-president, Rafael Yuste; institutional vice-president, Elena Fort; and Johan Cruyff’s daughter, Susila Cruyff, participated in a private event,” and a bouquet of red roses and tulips were laid at the foot of the statue of the legendary midfielder at the Camp Nou stadium, Barcelona said in a statement.

“@JohanCruyff has been the most important figure of the modern history of the @FCBarcelona. He will remain forever in our memories. Thank you for everything and for so much, Johan,” Barca President Joan Laporta said on Twitter.

The Dutch club Ajax also remembered him, tweeting: “It’s been 5 years. We miss you.”

Cruyff suffered from cancer in October 2015 and died at his home in Barcelona five months later, aged 68.

A creative genius for the Dutch side Ajax, he managed to claim three consecutive European cups from 1971.

In the 1974 World Cup, he led the Dutch national team advance to the final, one he would lose 2-1 to West Germany. He played for the Netherlands a total of 48 times.