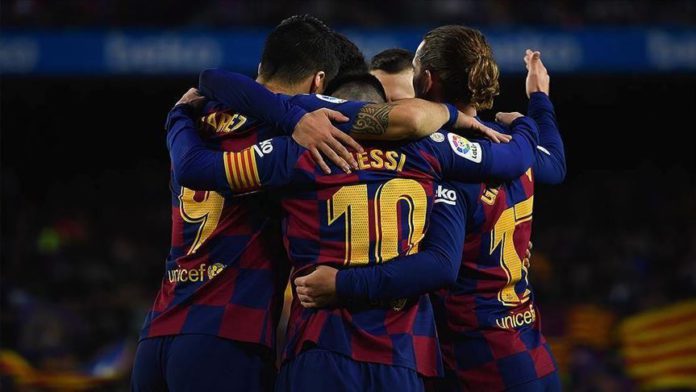 Playing at El Madrigal stadium, Barca opened the scoring with an own-goal by Spanish defender Pau Torres as Gerard Moreno equalized the match, making it 1-1.

Barcelona’s Uruguayan star Luis Suarez put the ball into Villarreal’s net while the other scorers for the victory were French forward Antoine Griezmann and teenage forward Ansu Fati, 4-1.

Meanwhile, away side had found a goal with Argentine star Lionel Messi in the 69th minute but it was disallowed after VAR review.

Villareal is in the fifth spot with 54 points in 34 games.