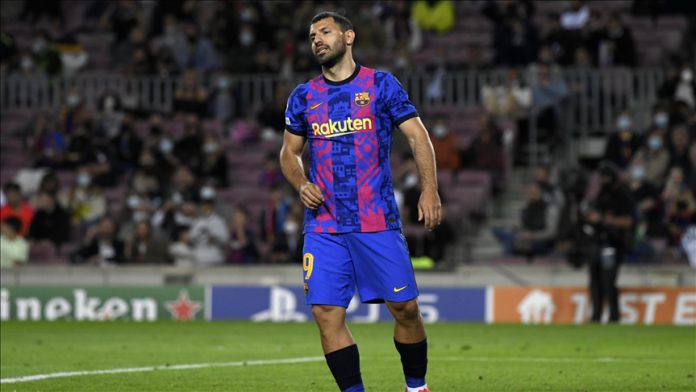 Argentine footballer Sergio Aguero was taken to the hospital for cardiologic tests after complaining of chest pain, Barcelona said Sunday.

“Sergio Aguero reported chest discomfort and has been admitted to the hospital for a cardiac exam,” the Spanish club said on Twitter.

Aguero, 33, joined Barcelona from England’s Manchester City in July and had chest pains during a Spanish La Liga match Saturday against Alaves that Barcelona were held to a 1-1 draw.

The forward had to be subbed out at halftime for injury and was replaced by Philippe Coutinho.

“Gerard Pique has a right calf strain. Further tests are pending to find out the exact extent of the strain,” Barcelona said in a separate tweet.

A longtime Barcelona player, Pique, 34, pulled a muscle in his right calf during the match against Alaves.

Pique went off the pitch in the second half as Clement Lenglet took his place.