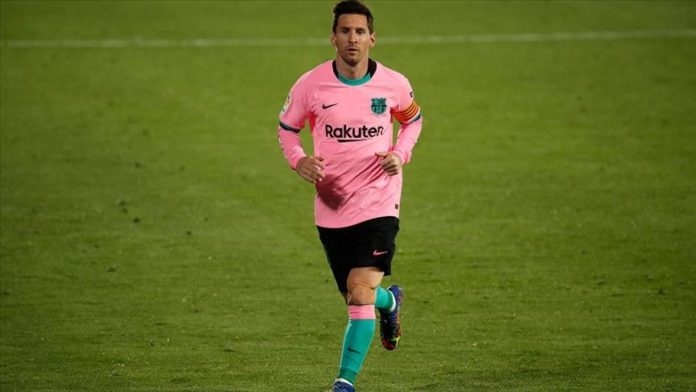 Barcelona drew with Valencia 2-2 in Spanish La Liga on Saturday but Barca’s Argentine superstar Lionel Messi had a historic day to equal a legend’s goal-scoring record.

With his goal against Valencia tonight, Messi his scored 643 goals for a single club, equaling the record of football legend Pele, who scored the goals for Brazil’s Santos.

Messi, 33, has dedicated his entire career to Barcelona, racking up 643 goals and 282 assists in 747 matches for the Spanish club.

A Barcelona player for more than a decade, Messi has helped his team win 10 La Liga and four Champions League titles, most recently in 2015.

Following the 2-2 draw at Camp Nou, Barcelona had 21 points to come in fifth in La Liga standings, now led by Atletico Madrid with 29 points.

Atletico Madrid cemented their lead in the league with Saturday’s 3-1 win over Elche.

Meanwhile Valencia had 15 points to be in the number 12 spot.