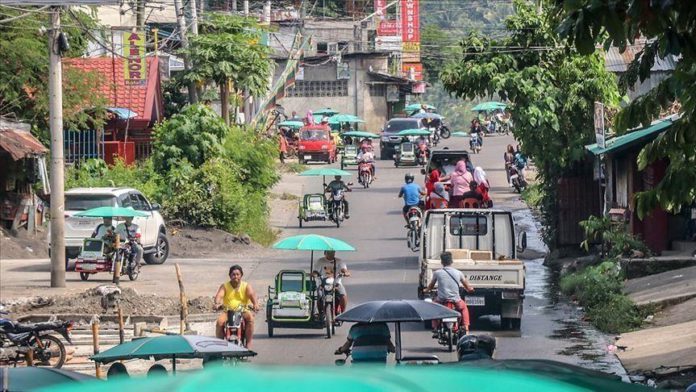 The Bangsamoro peace process in the Philippines is “fundamentally” on track, though the novel coronavirus pandemic has delayed the proper implementation of the agreements between the central government and autonomous region, observers said Monday.

Addressing a virtual news conference, members of the Third-Party Monitoring Team (TPMT) for the peace process in the predominantly Muslim south of the country, however, asserted that they did not have the mandate to seek an extension of the transition phase beyond June 2022 when the transitional government’s term in office ends.

TPMT chair Heino Marius, a former EU diplomat, told the conference that the virus outbreak had resulted in delays in the peace agreements’ implementation, including in a third round of decommissioning former fighters.

“Peace agreements should be carried out in a holistic manner but the decisions [to extend the transition phase] are up to the two parties,” he insisted.

After a historic referendum was held on Jan. 21 and Feb. 6 last year in southern Mindanao granting autonomy to Moro Muslims in Bangsamoro, Philippine President Rodrigo Duterte appointed Al Haj Murad Ebrahim as chief minister to administer the Bangsamoro Transition Authority through June 2022 when the normalization process is expected to be completed.

However, there have recently been demands that the transition period is extended to at least 2025 the so normalization process could be fully achieved.

“Both parties want more time […] it will support the peace [process],” he emphasized.

“It is up to the two parties what steps are required to complete the normalization under the transition government,” said Marius, adding: “Political and normalization phases should go hand-in-hand to achieve the full transition.”

Marius praised the autonomous region for its success in forming a parliamentary government system, which he said was a “very big achievement.”

“There is the chief minister, cabinet who are busy making legislation, and Bangsamoro Codes was recently adopted,” he said, referring to the key legislation passed in October to define the structure and workings of government in the Bangsamoro Autonomous Region in Muslim Mindanao (BARMM).

“Two governments cooperate with each on mutual respect,” he said underlining that this was also an expression of Bangsamoro’s “right of identity.”

“But, overall, there are positive developments vis-a-vis political and normalization processes.”

However, Marius said the sides needed urgently to act to establish an automatic transfer mechanism for Bangsamoro’s budget, in the form of block grants from the national government. “It needs to be easy and direct without any hurdles,” he said.

“It is also very important Bangsamoro normalization goes online as there are also [foreign] donors willing to help,” added Marius.

While Bangsamoro is allowed autonomy on some matters, these require all agreements to first be implemented.

The TPMT also applauded the regional government’s response to the COVID-19 pandemic.

“It is effective,” Marius said. “The government has demonstrated a high degree of commitment.”

“Decommissioning of 12,000 combatants has been achieved […] it is a genuine achievement but the third round of decommissioning has not yet commenced, which is running behind the time,” said Marius, blaming health and budgetary restrictions caused by the coronavirus pandemic.

For his part, Oruc underscored the importance of security and the formation of the police force for the region and its people.

“We hope [two sides] find a better solution […] an acceptable solution to form police,” said Oruc, who has visited the Philippines and Bangsamoro over 40 times in the last seven years.

Marius added that there was a “gap in perspective” between the national and regional governments on the issue, particularly on the criteria for decommissioned​​​​​​​ combatants to join the police force.

Noting that under the region’s law, former combatants being recruited as police would not be held to age and education requirements, he added that the team expected the two sides “to arrive at a mutually satisfactory solution soon.”

Referring to the restive Marawi region, Oruc said: “I would like to remind all stakeholders that the rehabilitation process of Marawi is slow. It has created frustration in people.”

“We need to take necessary steps and I don’t see a big difficulty in it, it just needs more attention,” he added.

Another TPMT member, Karen Tanada, said the proposed commission for indigenous people was also yet to be formed in the region.