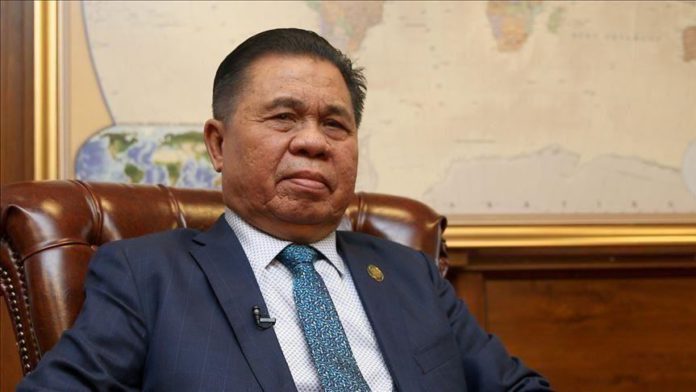 Most of the budget allotted to the autonomous Bangsamoro in the southern Philippines has been spent to fight the novel coronavirus, the region’s top official said on Thursday, as he sought assistance from the international community.

“We have received half of the block grant of over $1 billion from the Philippines central government, and most of it has been spent against the pandemic,” Murad Ebrahim, the chief minister of Bangsamoro Autonomous Region in Muslim Mindanao, told Anadolu Agency.

The predominantly Muslim area (which has a population of nearly five million) voted a resounding “Yes” in last year’s referendum on greater autonomy, ending decades of conflict and paving the way for a three-year transition toward elections.

On Feb. 26, Ebrahim, who is also the chairman of the Moro Islamic Liberation Front which led the rights struggle, took charge as the regional premier till 2022.

Under the transition plan, the Bangsamoro government gets 5% of national and customs taxes every year from Manila.

“Due to the COVID-19 outbreak, we got to see our weak health infrastructure, and realized the need to increase the capacity,” he said.

The regional administration built isolation centers for virus patients, whose numbers have climbed to 824, including 28 deaths.

Ebrahim said his government’s priorities are education, social and medical services, and building strategic infrastructures such as roads, bridges and irrigation.

“But most of our budget has been used in the health sector for necessary equipment during the pandemic… we have spent 3 billion Philippine peso over and above our first two-quarters of budget due to the outbreak,” said the chief minister.

He called for international funding to help them build the necessary facilities.

While Japan and the EU are funding the transition government, the UN and its specialized agencies are also sponsoring some projects.

“An OIC [Organization of Islamic Cooperation] delegation came two months ago to Bangsamoro, and we briefed them about the situation and requested them for support,” he said. “We are looking forward to their assistance.”

The OIC secretary-general planned to visit but is not possible due to the pandemic, he said, adding that Turkey’s state-run aid agency TIKA has also helped the regional authority.

The budget of over $1 billion approved last November is divided in 18 ministries of the Bangsamoro government.

Over 65% of the budget is allocated to fund projects of these ministries and offices of the Bangsamoro government, while the remaining 34.39% has been classified as “special purpose funds.”

The chief minister said funds are also required for the rehabilitation of combatants, nearly 80,000, who have given up the armed struggle.

“The government is supposed to extend assistance to them… we have completed the first batch of 12,000 combatants, and are working on the second batch of 14,000,” he said, adding that some of the qualified ones will be inducted in the police.