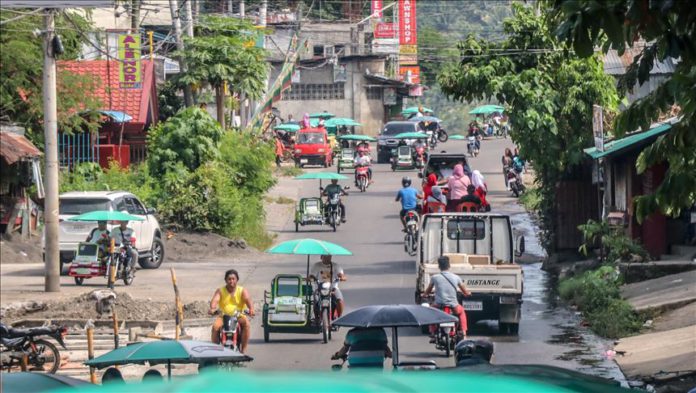 The top official of the Bangsamoro autonomous region in the southern Philippines said cases of the novel coronavirus had substantially risen after “local community transmission was detected.”

“The cases have increased quite substantially, starting after the coming in of people from the outside,” Murad Ebrahim, chief minister of the Bangsamoro Autonomous Region in Muslim Mindanao, told Anadolu Agency from Cotabato city.

However, he added: “What worried us was when we discovered community transmission — meaning the infection was spreading within the community.”

The latest coronavirus tally in the region was 511 cases, including 11 who have died due to the disease.

“The cases turned out to be positive without any travel record, meaning there’s [coronavirus] source already in the community,” Ebrahim said, adding that his government was taking every step to slow the spread of infection.

People returning from outside the region “ignited increase in the number of the virus cases,” he added.

“But, we’ve still managed to handle the pandemic as people are recovering and we’ve built several isolation facilities,” Ebrahim said.

The inter-agency task force the government convened to deal with the COVID-19 pandemic said 376 patients have recovered from the illness so far.

It added that there were only 124 active cases, of whom only 30 were admitted to hospitals. The rest have isolated been in quarantine facilities.

“We’re trying to strengthen our contact-tracing process,” Ebrahim said, adding that most cases of community transmission were found to occur in the Lanao Del Sur and Marawi provinces.

Bangsamoro, a Muslim-majority region with a population of nearly five million, has five provinces. It was granted autonomy by the Philippines in February 2019. Ebrahim is the region’s first chief minister.

Chief Minister Ebrahim said his government was taking steps for a second round of supplying relief to his community affected by the COVID-19 pandemic.

“We’re still continuing our relief of food supplies and medical upgrading for our community and we’re now starting the second round,” he said.

The top official said his government spent about 2 billion Philippines pesos ($40,877,120) on these efforts so far.

Ebrahim underlined that the Bangsamoro region was supposed to receive 65 billion Philippines pesos under a “Black Grant” as agreed with the central government during the transition to autonomous status.

“We’ve received just a quarter of that grant,” he said.

The funds were computed from last year’s national income from taxes and customs, with 5% earmarked for Bangsamoro.

“The Turkish ambassador [to the Philippines] informed my office that Turkey is ready to extend help to Bangsamoro, but that the Philippines Foreign Ministry had to coordinate it,” Ebrahim said.

“I’m having a virtual meeting with the country representative of the UN today, who’s also promised to help us battle this pandemic,” he said. “We need more assistance as people have been affected.”

Fans pour into Naples streets to pay homage to Maradona