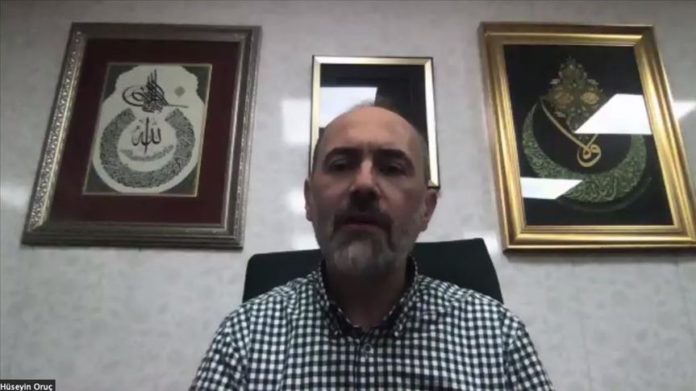 The Bangsamoro Autonomous Region in Muslim Mindanao has achieved six significant advantages with the Muslim majority region’s peace deal with the government, according to a top peace negotiator.

Huseyin Oruc, deputy head of the Humanitarian Relief Foundation (IHH), said late Saturday night in a video conference that the regional government has exhibited an unprecedented success and gained tremendous support from the local people.

Explaining the decades-long struggle of the Moro Muslims for an independent land, Oruc said the Moro Islamic Liberation Front has taken a wise decision to accept the autonomy.

The Bangsamoro region — long deprived of freedom under Spain, the U.S., Japan and the modern Philippine state — was granted autonomy after historic referenda held on Jan. 21 and Feb. 6 last year in southern Mindanao.

With the peace agreement, Bangsamoro became “a stronger autonomy that could protect itself better,” Oruc said, listing the first advantage.

“They would also establish their own security through a local police force. They established an Islamic Law system there,” he explained the fourth and fifth advantages.

He added that the Government of Bangsamoro autonomous region under Chief Minister Al-Hajj Murad Ebrahim has so far done a “tremendous” job to fulfill the demand of locals.

“His government is more successful in the fight against the coronavirus pandemic than the central government, according to local media reports,” said Oruc.

The region has so far confirmed around 25 cases of COVID-19 with 11 deaths. Bangsamoro also opened a new 100-bed isolation center last month that was built in 40 days.

Permanent peace and tranquility are the ultimate goals of the autonomous government, he added.

He also underlined that inter-faith harmony among Muslims, Christians, other minorities in the region have become an example for other parts of the world.

During the video conference, organized by the Istanbul-based Cihannuma Solidarity and Cooperation Platform Association, Oruc said the next two years would be a crucial period for the regional government.

If it can bring all the necessary services to the public and maintain peace, the Ebrahim government would have a chance to win the 2022 elections, which would be crucial for the future for the region’s peace.