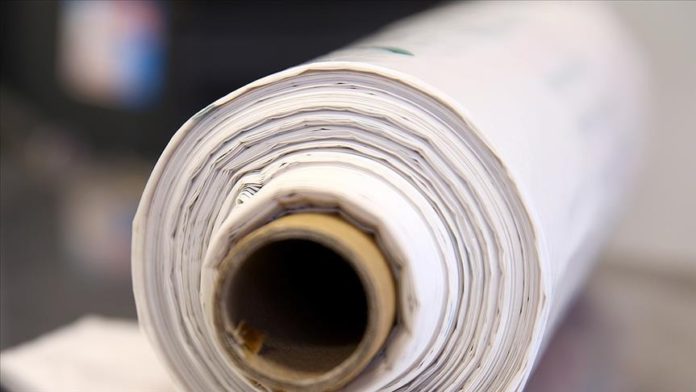 Two decades ago, Bangladesh was the first country in the world to ban plastic bags, but the presence of non-biodegradable items throughout kitchens, streets, and high-end shopping malls seem to have remained part of daily life.

However, over 78,000 tons of poly bag waste generated during the pandemic period by illegal polybag manufacturers increased to half a million per day, according to an environmental research group’s study.

According to the study, the country had 300 polybag factories in 1999, and that number had already jumped to between 700 and 1,000 by 2021, with units spread across rural areas.

Syeda Rizwana Hasan, head of Bangladesh Environmental Lawyers Association (Bela), suggested the government to follow the example of countries that have successfully banned polythene bags, such as prohibiting this non-biodegradable item from entering and exiting the country.

“We have to conduct drives not only in factories but strictly in shopping malls and shops as there are at least 5,000 times more polybags in the market. And, the polythene manufacturing machines are said to be portable or movable, allowing the factory owners to take them away during (government)’s anti-polybags drive,” she told the Anadolu Agency.

In response to a petition filed in January last year, a local court directed the government to enforce the existing ban on polybags immediately through regular market monitoring and shutting off polythene manufacturing factories.

In addition, the High Court also directed the government to phase out single-use plastic products in coastal areas, hotels, motels, and restaurants across the country by January 2024, with a comprehensive ban in place by then.

However, the government responded to the court this year by stating that it will take another two years to enforce the existing polythene ban. But there is certainly a lack of monitoring toward phasing out single-use plastic, she added, as a lawyer who represented the petition before the court.

Secretary-General of ESDO Shahriar Hossain told the Anadolu Agency that their study has found about 1.2 million tons of plastic waste shipped to the country in the last three years, mainly from the US and UK until 2019, despite the legal ban on importing any type of waste in Bangladesh.

Such activities are facilitating trans-boundary movement of the toxic waste, he added, blaming the lax monitoring and unscrupulous traders importing the item under the appearance of other commodities.

Both the lawyer and the expert agreed that strong political will is required to end the use of polybags and enforce the ban.

Jute-fiber be an alternative to plastic bags

“Natural fiber shopping bags are eco-friendly and can open huge opportunities to boost the Small and Medium Enterprise (SME) in Bangladesh. We can again restore the golden fiber by introducing jute fiber shopping bags for regular use,” Hossain added.

“The government is promoting a ‘Sonali bag’ or ‘golden bag’ made of jute-fiber is still costly. We have to work more on it as people don’t want to spend more in comparison to polythene bags,” he opined.

Rizwana Hasan observed, “Once the polybags are out from the market; alternative items will get the opportunity to flourish. And Jute-fibre bags have the potential and are among the most promising items to replace the polybag.”

Environment, Forest and Climate Change Minister Md. Shahab Uddin told Anadolu Agency that his ministry has been working hard to enforce the ban, and has prepared solid waste rules that are now awaiting final endorsement.

“Since, Bangladesh Standard Testing Institute announced the standard for biodegradable plastics, therefore we have already moved one step ahead to implement the idea of environment-friendly bags,” the minister explained.

With the help of the World Bank, the government has prepared a 10-year action plan to ensure sustainable production and consumption. In addition, he said, a three-year action plan focusing on single-use plastic management in coastal areas is under active consideration.

“The ministry has also taken a lead role to promote the new ‘Sonali bag’ or ‘golden bag,’ manufactured from jute fiber. Since the jute fiber is cheap and available in Bangladesh, the SME sector could play a vital role in biodegradable bag preparation,” the minister stated.