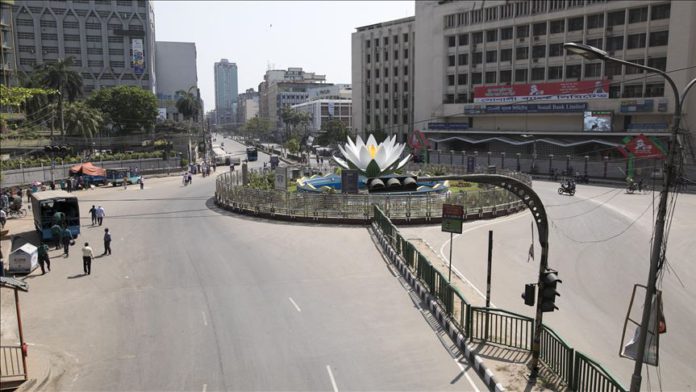 Recent contacts between Pakistani and Bangladeshi leaders have provided a rare glimpse of a possible, if not yet probable, detente after years of strained ties between the two countries, according to observers.

Since the independence of Bangladesh [then East Pakistan] from Pakistan in December 1971 following a nine-month bloody war, the relationship between the two South Asian Muslim states have passed critical courses with ups and downs.

In recent years, already icy relations between the two were fueled by the conviction of several Jamaat-e-Islami, and main opposition Bangladesh Nationalist Party leaders by a controversial local tribunal — called the International Crimes Tribunal — and subsequent executions on accusations of committing atrocities during the 1971 War of Independence.

Bilateral ties, however, have seemingly improved as Dhaka follows its constitutional “friendship to all and malice to none” diplomacy with Islamabad in recent weeks.

“For the greater interest of our country we will keep relations with all and our constitutional foreign policy is- friendship to all and malice to none,” Bangladeshi Foreign Minister AK Abdul Momen told Anadolu Agency.

It wrote the number of advisors sympathetic to Pakistan has increased in Hasina’s government. As a result, advisors keeping close ties with India have lost importance in the government.

Dhaka’s top diplomat, however, dubbed the reports as “mere propaganda,” saying as a sovereign and independent country, Bangladesh would decide “freely to whom it keep relations and to what level.”

Terming the reports “excesses,” Momen added, “They have done a bad thing. Bangladesh is an independent and sovereign country. Why others will dictate to us on our internal affairs?”

“Those who are afraid of our friendship to all are mentally weak. Their situation is like – A guilty mind is always suspicious, ” he said.

“Every country sets its foreign diplomacy based on its own interest. In diplomacy, no one is permanent friend and permanent enemy,” Momen said, adding “no country or its people or its media should do anything that may create an adverse impact over the bilateral ties between two states.”

“Bangladesh believes in friendship to all, malice to none,” he also underlined.

However, the top diplomat went on to say that the expectation of all Bangladeshis is that the Pakistan government should “express apology for crime and genocide committed in 1971 in Bangladesh to start a meaningful and normal relationship.”

“We have a very strong historical connection and we want to have cooperative relations between us,” Farooqui told Anadolu Agency

“As founding members of SAARC [South Asian Association of Regional Cooperation] and for the mutual objective of forward movement towards economic prosperity and fulfillment of development goals of the people of South Asia we believe both Pakistan and Bangladesh can play an important role to strengthen SAARC processes for regional cooperation,” she maintained.

India helped the Bangladesh militarily in the 1971 war, which resulted in a strong bond between Dhaka and New Delhi.

But ties between the two neighbors have reportedly been passing a bad patch due to frequent killings of Bangladeshi nationals at the hands of Indian border forces, diversion of upstream water of common rivers and the recently enactment of a controversial Citizenship Amendment Act, which grants citizenship to “persecuted minorities” from Afghanistan, Pakistan and Bangladesh.

“Despite India’s concerns, Bangladesh has given the contract of building an airport terminal in Sylhet district to a Chinese company,” the Hindu reported, quoting Bangladeshi newspaper Bhorer Kagoj.

The Hindu reported citing a Bangladeshi newspaper that despite frequent efforts, Indian envoy to Dhaka Riva Ganguly Das failed to meet Prime Minister Hasina. There was no official statement on the report from either side.

However, following a Tuesday meeting with Das, the ruling Awami League party’s second in command and Bangladesh’s road transport and bridges minister Obaidul Quader said the relationship between the two neighbors were “advancing towards newer dimensions.”

“Premier Khan’s initiative to make a phone call to Bangladesh’s Prime Minister is a step in the right direction in mending fences with Dhaka. It has at least left the door ajar for further engagement,” Rafiuzzaman Siddiqui, Pakistan’s former High Commissioner to Bangladesh told Anadolu Agency.

He cautioned the path to break the lockjam was strewn with “insurmountable obstacles.”

“Apology issue continues to casts a long shadow in Islamabad’s bilateral relations with Dhaka,” Siddiqui said, referring to Bangladesh’s constant demand for an official apology from Pakistan for alleged war crimes in the 1971 war.

“In my view it’s too early to celebrate developments taking place in our relations with Dhaka,” he said.

Echoing Siddiqui’s view, CR Abrar, a professor of international relations at Dhaka University, said: “It’s very challenging but Dhaka’s policy of friendship with all, will help it develop its ties with Pakistan and China.”

“It will also reach the delta nation to a great position in the south Asian geopolitics,” Abrar told Anadolu Agency.

Terming the Indian media’s reaction to Pakistani High Commissioner’s courtesy call and Beijing’s approval of duty free access to 97% of Bangladeshi products in Chinese markets, he said, “Indian media reacted on those internal affairs of Bangladesh so harshly. It indicates their level of intolerance. No independent country can tolerate such audacity.”

Abrar saw the development in bilateral ties between Dhaka and Islamabad despite “huge propaganda” as a “very normal” for an independent country in an era of globalization.

“In the 1971 Liberation War [against Pakistan] they [India] helped us obviously and it was in our interest surely, but they [India] also had their bigger interest. That’s why they supported us.”

Siddiqui, who served as Pakistan’s High Commissioner to Dhaka from September 2016 to February 2018, went on to say: “It seems that Dhaka wants to convey its displeasure over Modi government’s unsavory citizenship laws, which will deprive millions of Bengali Muslims of their Indian nationality, leading to their exodus from India into Bangladesh.”

“If at all that happens Dhaka would find it exceedingly difficult to cope with such a scenario. Besides, the Hasina government is also coming under increasing pressure from the public to stand up to India’s hegemonistic designs,” he added.

“Under the SAARC umbrella, relations between our two countries could have improved a wee bit but since the regional organization remains dysfunctional due to Pakistan-India rivalry, hence any chance of improvement in our ties with Dhaka remain a distant dream,” Siddiqui opined.

However, he added, Bangladesh’s internal political dynamics, and regional developments might one day break the ice in bringing the two countries closer.

“Being an inveterate optimist, I am hopeful that relations between Islamabad and Dhaka might normalize in days to come.

“Nonetheless, there are certain vested interests, which would never want to see this happening,” he said in a thinly-veiled reference to India.