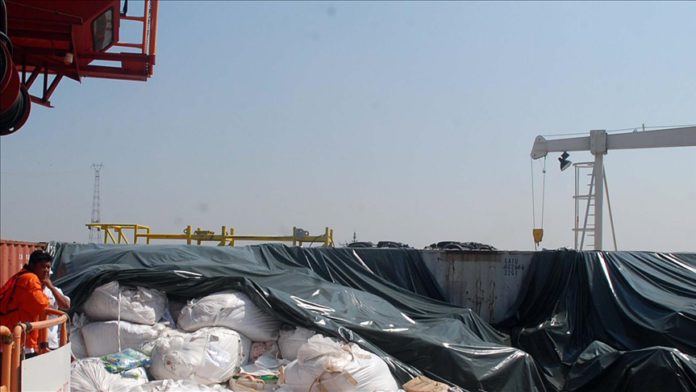 Significant development projects are in pipeline in Bangladesh’s main port city Chittagong that “may attract investment from Turkey,” an official statement said on Wednesday.

“Chittagong Port, historic gateway to Bangladesh, presents many opportunities for Turkish companies to invest,” the statement by the Turkish Embassy in Bangladesh said, adding that “prominent Turkish LPG company Aygaz A.S. will hopefully be the first one to do so.”

The statement came after a four-day tour of Turkish Ambassador to Bangladesh Mustafa Osman Turan to Chittagong on Jan. 9-12, 2021.

The Turkish diplomat met a number of officials, business leaders and academicians during his tour at Chittagong, also the commercial hub of the South Asian nation.

Underlining the prospects of bilateral business between the two Muslim countries, the statement added: “Bilateral trade relations and investment opportunities were discussed.”

“Turkey will explore the opportunity to become a partner country at one of the next editions of Chittagong Trade Fair,” the statement said.

“Building a Turkish hospital will be just one of them,” he added.

During his meeting with Mohammad Rafiqul Alam, the vice chancellor of Chittagong University of Engineering and Technology, Turan also highlighted various possibilities of academic cooperation with Turkish universities.

On the second day, the Turkish team visited Shah-e Jamee Masjid, a heritage of the Mughal Empire, serving the Muslims of Chittagong since 1666. Late Turkish President Suleyman Demirel also visited the mosque on March 26, 1977.

“Turan emphasized the importance of health services during COVID-19 and urged the Chittagong City Corporation to use the whole building for that purpose,” the statement added.

TIKA will soon complete the refurbishment of the health clinic, he assured.

On the way back to Dhaka, the Turkish ambassador visited Ataturk Model High School in the southern Feni district. The educational institution was established in 1939 and named after Mustafa Kemal Ataturk, Turkey’s founding leader.