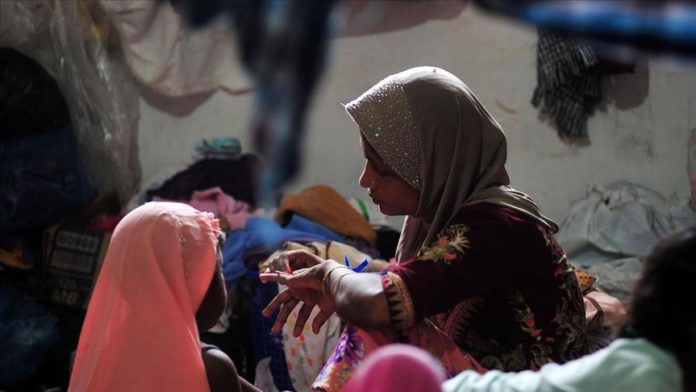 Bangladeshi migrants in Saudi Arabia and their families back home have hailed the Gulf state’s landmark reform of its labor law in which it amended the 70-year-old controversial ‘kafala’ sponsorship system.

The Arabian country enacted the amendment Sunday, according to a report on the Saudi Gazette website.

The reform will allow tens of thousands of foreign workers in the country to switch jobs without the permission of their employers.

“The landmark Labor Reform Initiative (LRI) that came into force on Sunday gives a major fillip to improving considerably the contractual relations between employers and employees in the Kingdom of Saudi Arabia,” said the report.

Speaking to Anadolu Agency, Jannatul Ferdous, a Bangladeshi migrant working at a construction site in Saudi Arabia, said this is great news, as it will help foreign workers break free from the grip of greedy recruiters who frequently force them to work for low wages for years.

“I am now hopeful that I can prove my ability and bargain with other employers for implementing fair wages,” Ferdous said.

Fatema Begum, the mother of a Bangladeshi migrant worker in Saudi Arabia living in the remote area of Dohar in Bangladesh’s capital Dhaka, told Anadolu Agency that Saudi Arabia has made a good decision that will benefit millions of poor workers there.

However, all expatriate workers in the private sector with the exception of those in five categories — private driver, home guard, domestic worker, shepherd and gardener or farmer — have been kept out of the new amendment, raising concerns over the law’s partiality.

In November last year, Saudi Arabia’s Ministry of Human Resources and Social Development said it would implement the new amendment in March 2021.

International rights watchdog Human Rights Watch (HRW) welcomed the declaration for making changes to the “abusive” and “notorious” kafala system, but it also expressed concern over excluding huge numbers of oppressed migrants from the benefits of the reform.

“The 3.7 million domestic workers excluded from the labor law are also excluded from these modest changes. Many face serious abuses including long working hours without a day off, forced confinement, and physical and sexual abuse,” HRW said in a statement issued in late February this year.

There are also frequent reports of the torture of Bangladeshi female migrant workers in Saudi Arabia.

According to Bangladesh-based BRAC, one of the world’s largest nongovernmental organizations, the bodies of 200 Bangladeshi female migrants, mostly domestic workers, have been repatriated to their home countries in the last five years from Saudi Arabia

Most of them were allegedly tortured by their Saudi recruiters. Around 2 million Bangladeshi migrants are currently employed in Saudi Arabia.

Speaking to Anadolu Agency, Shariful Islam Hasan, head of BRAC’s migration program, said all migrant workers should be included under the new amendment.

“Otherwise, a great number of oppressed employees will be deprived of this amendment and the real target of the reform can’t be gained,” he said.

Issues to be noted

The new amendment stipulates that an employer will have a period of 10 days to inquire about the exit and reentry visa application submitted by their worker.

“If the employer does not respond within the time limit, the worker will be able to issue a single visa for a period of 30 days within five days since the expiry of this deadline,” said the Saudi Gazette report.

The amendment also records that the worker will not be able to issue either an exit or reentry visa upon the expiry of the work contract with the employer or issue a multiple exit and reentry visa.

“It is also not allowed for the employer to revoke the exit and reentry visa issued by the expatriate worker.”

Venezuela thanks Russia for coronavirus cooperation