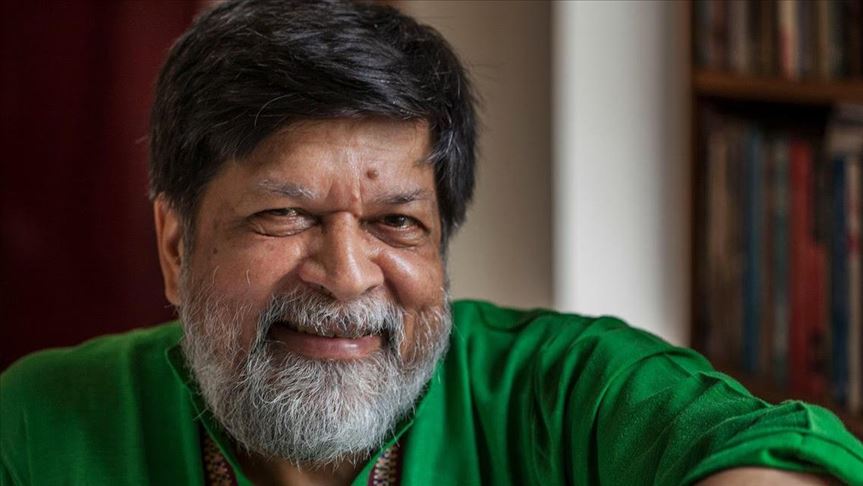 A renowned Bangladeshi photojournalist, Shahidul Alam, is among four journalists who have won this year’s International Press Freedom Award for their courage and fearless reporting in adverse environments.

The Committee to Protect Journalists (CPJ), which is working for press freedom worldwide, organized a virtual event Friday with the motto that “journalism matters more than ever and solidarity has never been more important”.

“Whether covering the pandemic or protests, journalists everywhere are under attack,” American actress Meryl Streep said during the event, hosted by NBC’s Lester Holt. “The very truth they seek to bring us is under attack,” Streep said.

Mohammad Mosaed from Iran, who was recently sentenced to more than four years in prison and banned from practicing journalism because of his critical reporting, was honored with the prestigious award.

Another awardee, Svetlana Prokopyeva, a Russian correspondent for Radio Free Europe/Radio Liberty, this year was convicted of “justifying terrorism.” Prokopyeva noted in her speech that in Russia “journalism is often equaled to crime. We are sliding into totalitarianism – again. Because if there is no freedom of speech, other freedoms are out of reach.”

Alam was detained by a group of about 40 men who said they were from the detective branch of Dhaka police in August 2018 hours before he was interviewed by Al-Jazeera and posted a video on Facebook about protests by Bangladeshi students calling for safer roads after two children were killed by a bus in late July 2018.

When Alam appeared in court, he was unable to walk without assistance and said he had been tortured. “I was hit [in custody],” he told journalists later.

“Journalists speak truth to power,” Alam said in a #FreeThePress video CPJ published in April, calling on governments to release all jailed journalists in light of COVID-19. “That is why, generally, they end up in jail.”

Turkey: Coronavirus spread rate down by one third

July 23, 2020
We use cookies to ensure that we give you the best experience on our website. If you continue to use this site we will assume that you are happy with it.Ok