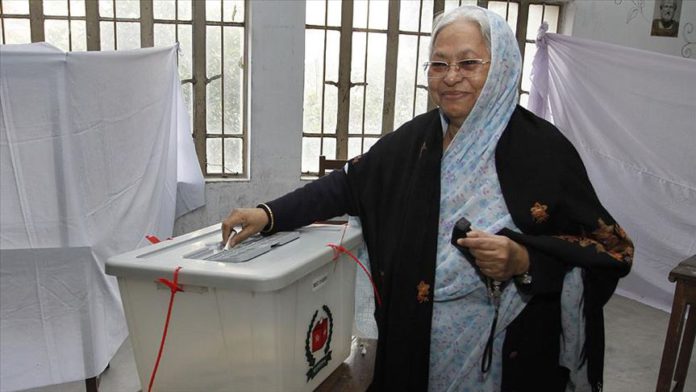 Bangladesh on Sunday announced the dates for by-elections in three constituencies of the national parliament, including in the capital Dhaka, amid the novel coronavirus pandemic.

Commission Senior Secretary Md. Alamgir announced the date to reporters in Dhaka after a meeting on the same day. Voters in Pabna and Naogoan will cast paper ballots, while those in Dhaka will be able to use electronic voting machines.

However, electronic voting machines have come under fire from some political groups, including the main opposition Bangladesh Nationalist Party (BNP), claiming that the devices served to manipulate elections. The commission has denied these allegations.

Underlining that the constitution necessitated the elections to fill vacant parliamentary seats within 180 days, Alamgir assured their compliance with health guidelines.

Schools to remain out

Meanwhile, the country’s education authorities announced that the outbreak had not subsided enough for schools to reopen in September

Md. Akram Al Hossain, secretary at the Ministry of Primary and Mass Education, said the government would soon take further decisions on the matter after holding inter-ministerial meetings.

We think it would be wise not to put our children at risk, Al Hossein said.

Bangladesh is witnessing a slowdown in COVID-19 infections amid low testing with only 10,800 samples tested on Sunday.

The country of 165 million has so far conducted a total of 1.4 million tests.

Recoveries exceeded infections in the past 24 hours, raising the recovery rate to nearly 61%.