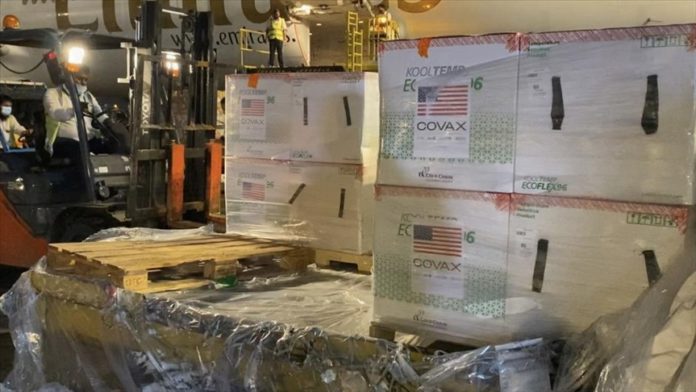 Bangladesh will get 8.5 million doses of COVID-19 vaccines, largely as gifts from various sources, this and next month.

“Our Geneva Mission informed us that we would get 3 million more doses of Moderna vaccines under COVAX facility (by the global vaccine alliance Gavi),” he wrote, adding that the shipment of this vaccine is ready.

The minister, however, said earlier the country received 2.5 million doses of the Moderna vaccine gifted by the US.

He added that through the COVAX facility, Japan will provide with 2.9 million doses of the AstraZeneca vaccine instead of the 2.5 million that Tokyo committed to Dhaka earlier.

“I will meet Chinese Foreign Minister [Wang Yi] in Tashkent [Uzbekistan] on July 15 and the Government of China will provide us with 1 million more jabs of Sinopharm vaccines as a gift,” Momen added.

He confirmed that Bangladesh will get 1 million doses of COVID-19 vaccines from the European Union and 620,000 more doses under the COVAX facility in August.

Wishing for better times in the near future, Momen has also written: “I pray to the greatest creator so that we all can go back to a sound, normal and nice life once more.”

The South Asian nation of over 166 million people has already administered more than 10.3 million doses of vaccines countrywide while it began mass vaccination with the US Moderna vaccine for the first time on Tuesday.

Currently, the country is administering mainly China’s Sinopharm and COVAX’s Pfizer-BioNTech vaccines and the second dose of the Oxford-AstraZeneca vaccine on a very limited scale.

The country started a pilot vaccination program on Jan. 27 and a nationwide drive on Feb. 7 by administering the Oxford-AstraZeneca vaccine manufactured by the Serum Institute of India, known locally as Covishield. But in early May, the country postponed administering the first jab as India stopped shipments to meet local demand.

Bangladesh has seen an alarming rise in coronavirus cases in recent days, forcing authorities to deploy military personnel to enforce a nationwide tougher lockdown that will last through July 14.

Authorities, citing Muslims’ holy Eid-al Adha celebration, announced on Monday that the curfew will be lifted from July 15 to July 22.

The South Asian delta nation on Monday recorded 220 new single-day deaths, pushing the total figure to 16,639. The overall caseload has surpassed 1.3 million, with 13,768 new cases. The surge is blamed largely on the highly infectious Delta variant first detected in India.

Meanwhile, the global pandemic has claimed the life of another Rohingya refugee in the country’s southern region of Cox’s Bazar, according to an official update issued on Tuesday.

The total number of viral fatalities in the world’s biggest refugee camp now stands at 22, according to the latest data from Refugee Relief and Repatriation Commissioner.

In the last 24 hours, 32 more members of the Rohingya community have been infected, bringing the total caseloads at the congested makeshift settlements to 2,103.

Amid the rising pandemic situation in the country and refugee camps, the stateless Rohingya have urged that a COVID-19 vaccine program for them be launched immediately. The authorities pledged to begin immunizations as soon as possible.

India: No need for federal agency to probe Muslim group