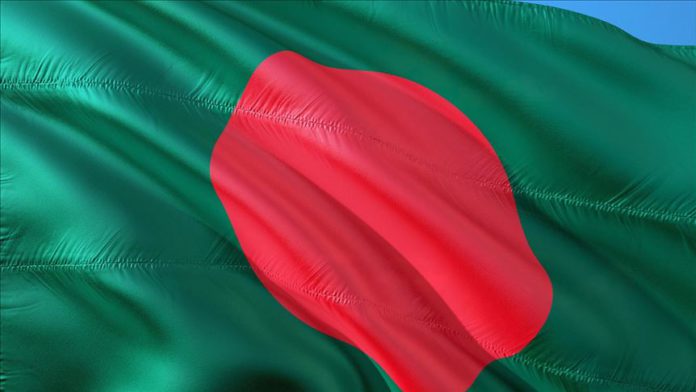 Two personnel of Bangladesh’s border force were wounded and an alleged drug smuggler was killed on Friday night in a gun battle between them on the country’s river border with Myanmar, an official statement said on Saturday.

In a statement, the Border Guard Bangladesh (BGB) said following the gun fight that took place in the southeastern city of Teknaf, the border forces recovered 210,000 pieces of YABA tablets, a drug formed with a combination of methamphetamine and caffeine, worth 63 million Bangladeshi takas ($750,000).

The BGB also recovered local firearms, empty shells of cartridges and a suspected injured smuggler from a boat used by the criminals for smuggling, the statement added.

Two suspected criminals, however, were able to escape.

Recently, the BGB has launched an anti-narcotics campaign and seized narcotics, specially YABA tablets, on the Bangladesh-Myanmar border area.

Naf river, which divides Bangladesh and Myanmar, has seemingly turned into a hotbed for smugglers and other cross-border criminals.

Since Nov. 1, the BGB has recovered 664,000 pieces of YABA tablets from Bangladesh-Myanmar border and arrested at least 10 suspected criminals, according to the border force.

In another statement issued earlier this month, BGB said in October alone, the force had seized smuggled items and narcotics, mostly YABA tablets, worth 649.5 million Bangladeshi takas ($7.7M) from different parts of the country and border areas, including Bangladesh-Myanmar border.

Lt. Col. Fayzur Rahman, the BGB spokesman, told Anadolu Agency: “We are trying our best to keep the border safe and control cross-border crimes. It’s our success that we have been able to frequently curb attempts of smuggling narcotics through the border area of the river Naf.”

Rahman urged the Myanmar authorities to take action against production of the drugs, such as YABA, in their country.

“It’s a necessity to stop the production of YABA as it harms the young generations of both countries,” he added.

“International community can should economic sanctions on Myanmar over the narcotic issue as the young generations of many countries are being harmed due to this drug,” Ahmed said.