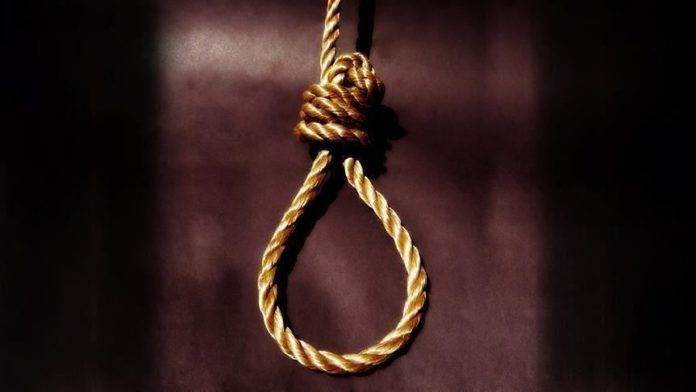 Bangladesh’s government should consider amending law to ensure death penalty for the rapists, an official said, as nationwide protests erupted against recent incidents of sexual assault, an official said.

There has been a demand to amend the relevant law to punish the rapists with capital punishment in the country apart from strict implementation of the existing laws to control sexual assaults.

The demand got momentum after the country saw rape incidents in recent weeks, including two gang rapes — one in the hostel of a government college in the eastern city of Sylhet and the second one in the southeastern Noakhali district, according to local media reports.

The recent incidents sparked mass protests as tens of thousands of people took to the streets across the country, including in the capital Dhaka.

Students and young people are leading the protests in main city centers, supporting by all corner of the society.

They said that lack of implementation of legislation was the major hindrance in protecting women from being raped.

Some 975 women were raped, including 208 subjected to gang-rape, between January and September this year, according to Ain o Salish Kendra, a local legal aid body.

Of them, 45 were killed after rape and 12 others committed suicides, it added.

Protesters said they even welcome any positive initiatives from the government side, including strengthening the existing law.

“But we demand strict implementation of the existing law,” Rashed Khan, a spokesman of a leading student group in Dhaka University called the Bangladesh Chhatra Odhikar Parishad, told Anadolu Agency.

A top government official said they would consider the people’s demand for the capital punishment.

“When people of a country demand something, it’s usually worth consideration. And, so we must consider the demand for capital punishment for rapists,” the country’s Law Minister Anisul Huq told Anadolu Agency.

“We will scrutinize the positive and negative sides of the demand, having consultation with legal experts and officials, and then forward it to the prime minister for further proceedings as it is an issue of changing the law. But we can say we must consider the people’s demand,” he added.

The whole process will be done within a reasonable time, he added.

“Even during the pandemic, the heinous crime of rape against women seems to be on the rise. The main reason behind this is injustice, procrastination in trial and judgement. Citizens are failing to put their trust in Judiciary and Government,” said Sultana Jahan Soheli, assistant professor at a public technology university outside Dhaka.

“It’s known that existing laws are not enough to ensure proper justice to the victim […] It’s high time to impose death penalty law as a punishment for rape. And this must be executed within 90 days,” Soheli added.

Members of the student wing of the ruling Awami League party are accused of several incidents of sexual assault, including the raping of the woman in Sylhet city.

“We are ensuring legal treatment to the criminal regardless of their political identity, and proceed to legal punishment without any unnecessary delays,” the law minister said.

Meanwhile, the UN expressed concerns over the increasing violence against women in Bangladesh.

“The recent case of the woman from Noakhali that was circulated through social media has yet again underlined the state of social behavioral and structural misogyny that exist,” the UN’s Bangladesh office said in a statement on Wednesday.

It recommended an “urgent reform to the criminal justice system to support and protect victims and witness, and to speed up the slow trial process.”

“Global statistics are alarming. They affirm that violence against women is the most pervasive, yet least punished, of all crimes. This must stop,” it added.