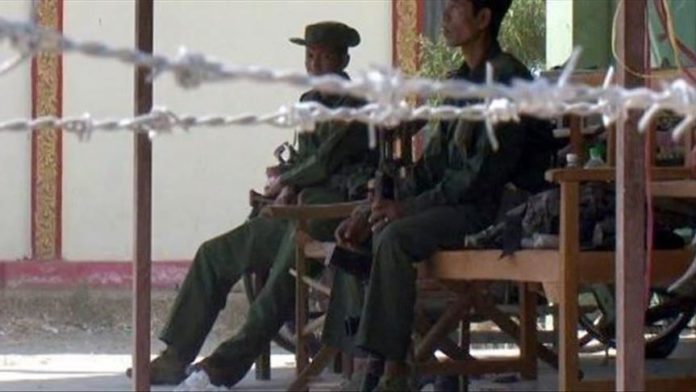 The victim was identified as Ziabur Rahman, son of Mohammad Arif Ullah, and a resident of the Kutupalong refugee camp.

“The boy died on Saturday morning. His parents say he was abducted after a clash on Oct. 3 and was released after a few days in injured condition. He died today at a hospital in Cox’s Bazar,” Khalilur Rahman Khan, the camp manager, told Anadolu Agency.

The body was handed over to the family after an autopsy, he said.

At least 2,000 Rohingya refugees have been forced to flee their shelters to other camps since violence broke out between two rival factions seeking to control the illicit trade of contraband drugs inside the camps, according to Amnesty International.

Refugees who spoke to the rights group said the violence was sparked in part by a battle for control over the trade of methamphetamine tablets, a recreational drug manufactured in Myanmar and smuggled into Bangladesh.

Bangladeshi officials said the unrest has been quelled and talks are being held to maintain peace.

Some 16 people allegedly involved in the violence were arrested on Saturday, according to local media reports.

“We spoke to Rohingya representatives on Saturday about how the situation can be kept under control,” Mohammad Shamsu Douza, an additional commissioner for refugee relief and repatriation, told Anadolu Agency.

He said police and military personnel are working with local officials to ensure peace in the camps that are home to about 1.2 million Rohingya who fled Myanmar to escape a brutal military crackdown.

Ansar Ali, a Rohingya community leader at the Kutupalong refugee camp where the recent incidents of violence happened, shared to Anadolu Agency how the violence originated at refugee camps.

“There are mainly two groups in the Rohingya refugee camps in Southwester Cox’s Bazar of Bangladesh those who are controlled by their patronuses in other side of the border in Myanmar. They have their illegal trading, including human trafficking, sex slave and drug business. These two groups have also been given arms and lethal weapons from Myanmar side through their local-chain, brokers and fellow men in refugee camps in Cox’s Bazar,” he narrated.

The violence incidents do intermittently happen between the groups over establishing controlling on those issues at the refugee camps, he said.

But, “such crimes and clashes have endangered the innocent and prosecuted Rohingya on both sides in Myanmar and Bangladesh. Those criminals, supported by different groups in Myanmar ultimately working to create a negative picture of displaced Rohingya refugee towards the world so that the Myanmar crimes of genocide on Rohingya Muslim could be destabilized,” he pointed.

“Refugees in Kutupalong area do not feel safe anymore. Many displaced in recent weeks. We understand that Bangladeshi law enforcement agencies are working hard to restore the peace and stability in the camps. All criminals who are involved in this violence should be arrested and brought to justice,” he added.

“But criminal gangs who are engaging in Yaba (drug) business are well connected with Myanmar authorities as they smuggle the drugs from Myanmar to Bangladesh. They can be used by Myanmar authorities to create chaos in the camps. Many people are talking about this. As Myanmar doesn’t want to repatriate Rohingya refugees they will do anything, San Lwin said echoing refugees’ concern.