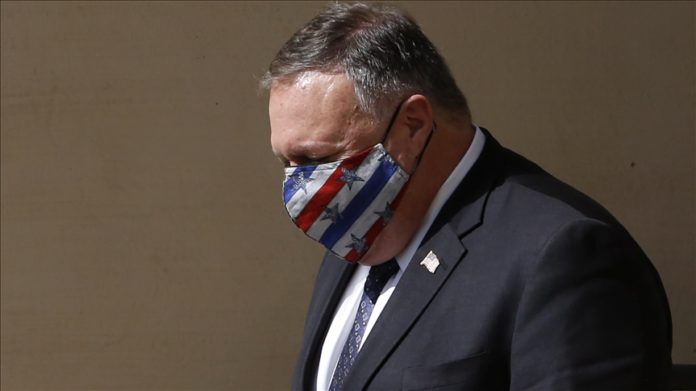 Bangladesh on Wednesday strongly condemned remarks by US Secretary of State Mike Pompeo labeling the country as a place where the Al-Qaeda terrorist group carried out attacks.

“Such irresponsible comments by a senior leader are very unfortunate and unacceptable. Bangladesh strongly rejects these kind of baseless remarks and falsification,” the Foreign Ministry said in a statement.

In a statement on Jan. 12 on the US State Department’s website, Pompeo implicated some countries as terror hubs, drawing criticism from several quarters.

He also termed Iran as a new home of Al-Qaeda, which was also protested by Tehran.

“Imagine too the potential to completely upend fragile places with an established Al-Qaeda presence like Libya, Yemen, and the Maghreb, or increase turmoil in places like Bangladesh, where Al-Qaeda cells have carried out attacks,” Pompeo said in the statement.

“Attention of the Government of Bangladesh has been drawn to a recent statement made by the US Secretary of State Michael R. Pompeo. In the statement, Mr. Pompeo mentioned Bangladesh as a place where the terrorist group al-Qaeda carried out attacks, falsely apprehending similar terrorist attacks in future,” the ministry said.

“There is no evidence of any presence of Al-Qaeda in Bangladesh,” it stressed, adding that “Bangladesh maintains a ‘Zero Tolerance’ policy against all forms of terrorism and violent extremism.”

The ministry said Bangladesh regards Pompeo’s referring to the country as a possible location for Al-Qaeda operations as unfounded.

“If any such claim could be substantiated with evidence, the Government of Bangladesh would be happy to take necessary measures against such activities,” it said.

Bangladesh considers it very unfortunate, especially in the context of the ever-growing bilateral ties between the two friendly countries based on shared values, peace and common goals, the statement underlined.