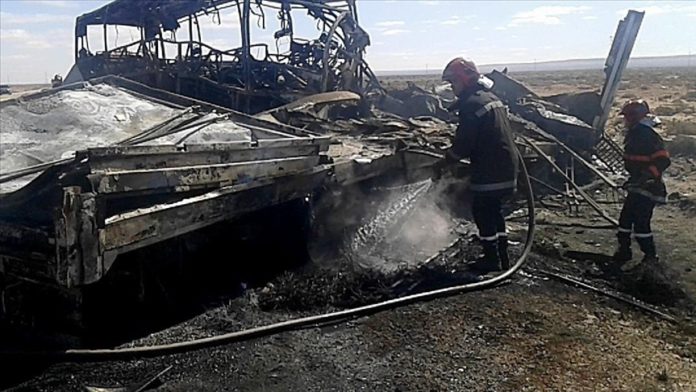 At least six holidaymakers were killed and 30 others injured in Bangladesh when two homebound buses were involved in a head-on collision on Sunday.

Five people, including the driver of a bus, were killed at the scene in the northern Rangpur district while one died in hospital. Two injured are in critical condition, Amiruzzaman, officer-in-charge of Mithapukur police station, told Anadolu Agency.

The accident took place on the Dhaka-Rangpur highway in Rangpur’s Mithapukur sub-district area when a Dhaka-bound bus and the other bound for the northern Dinajpur district collided while moving in the opposite direction, he said.

At least 12 people were admitted to the Rangpur government hospital while many others were provided treatment at other facilities, according to the official. Fire service and police members were at the scene as the traffic was disrupted after the accident.

There has been huge traffic of homebound buses on highways in the country following the government’s decision of relaxing the ongoing nationwide COVID-19 lockdown on Thursday ahead of Muslim festival of Eid al-Adha, or “the Festival of Sacrifice”.

Dhaka’s main Kamalapur Railway Station, Gabtoli and Sayedabad bus terminals and Sadarghat launch terminal were found to be in a mad rush of homebound people with little care for coronavirus health rules.

The South Asian delta nation of nearly 170 million people has imposed a countrywide lockdown as of July 1 with the deployment of military forces. The government, however, eased the restriction for eight days until July 22 with a strict lockdown to be in effect from July 23 to Aug. 5, according to an official circular.