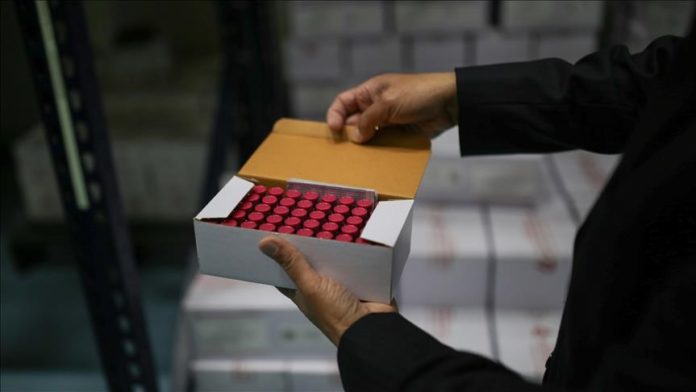 Bangladesh received 4.5 million doses of coronavirus vaccines produced in the US and China early on Saturday morning, according to officials.

Of these, 2.5 million were doses of the Moderna jab provided by the US as a gift through the COVAX facility, while 2 million were Chinese Sinopharm vaccines purchased by the South Asian country.

According to Health Ministry official Maidul Islam Prodhan, the first consignment of 1.25 million Moderna vaccines reached Dhaka airport on Friday at midnight, followed by another special flight with the rest of the shipment early on Saturday morning.

These reached the country of 165 million people at a time when it was facing an acute shortage of vaccines.

Bangladesh started a pilot vaccination program on Jan. 27 this year and a nationwide program on Feb. 7, administering Covishield and the Oxford-AstraZeneca vaccines manufactured by the Serum Institute of India (SII).

However, on April 25, the government had to suspend its inoculation campaign a day after India stopped exporting the vaccines due to a record surge in cases and deaths there.

So far, Bangladesh has inoculated over 10 million people with the Oxford-AstraZeneca vaccines. The country has also administered nearly 70,000 doses of the Chinese Sinopharm vaccine.

Meanwhile, US Ambassador to Bangladesh Earl R. Miller assured Dhaka that it would continue to receive vaccines from his country, said a statement on Friday night.

“The vaccine donations arriving tonight are only the beginning,” said the statement, quoting Miller.