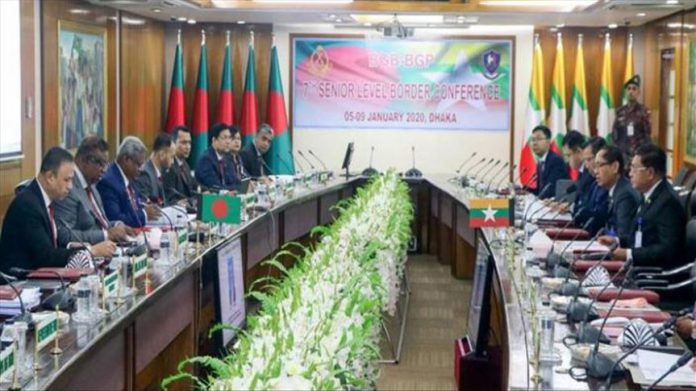 A high-profile border conference between the border security forces of Bangladesh and Myanmar began in the former’s capital Dhaka on Sunday.

Issues of bilateral interest, such as illegal entering of Myanmar’s citizens into Bangladesh, curbing smuggling especially narcotics, combating border crimes including terrorist activities and launching combined patrolling in common borders will be highlighted in the five-day conference, according to a press release by the Border Guard Bangladesh on Sunday.

Sensitive issues, including exchange of detained members of border security forces of both countries who entered into the other’s territory, either during rough weather or “involuntarily”, controlling firing