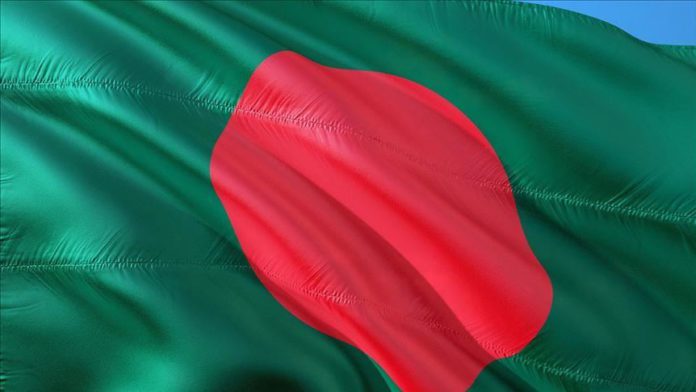 The first-ever school in Bangladesh for transgender Muslim students has raised hopes for members of the discriminated minority for their integration into society.

A group of Muslim clerics and trainers along with a local charity foundation opened the school — Dawatul Quran Third Gender Madrasa — in the capital Dhaka earlier this month.

“We started with Quranic education, giving them awareness, and providing skills. Our efforts received huge appreciation, prompting us to build a formal and tangible center of education,” he told Anadolu Agency.

The school, which has 150 students, began official enrollment on Nov. 10, he said, adding that “transgender students will get Quranic lessons first under the Qawmi syllabus [curriculum for religious schools], and will also learn Bangla, English, and science.”

“We will also launch vocational education and open more schools to provide the skills for job placements”, said the school principal. “Our aim is to educate, train, and reintegrate them into society.”

Students have appreciated the initiative, and are hopeful for a better future.

“While people sneer at us, treat us as a sign of misfortune, and some religious preachers even refuse to look at us, Mufti Azad [who is also the school’s main sponsor,] came forward and offered us the teaching of the Holy Quran,” Sonali, 30, told Anadolu Agency with excitement and appreciation.

“We don’t have to pay for education here, and all other learning materials are free of charge. I can now recite the Holy Quran, and have already memorized a few verses and learned many more things related to us, the humans.”

“We love receiving treatment like so many others in the society,” 28-year-old Aisa, another student, said.

Both the pupils are unemployed and did not previously receive any formal education.

“We are capable of positions at workplaces, and in the society, if given the opportunity,” Sonali, who left home during childhood, added.

The school is considered part of a series of recent initiatives in Bangladesh to recognize transgenders, also known as hijras, who are ostracized and ousted from their homes at an early age.

They face discrimination, poverty, and live in groups rather than with their families.

“Islam treats them as human beings, as normal men and women. But we draw a discrimination line,” the cleric said. “Many of them are forced into begging and sex work. … we are responsible for this situation.”

Abida Sultana Mitu, the president of the Bangladesh Hijra Kalyan [transgender welfare] Foundation, agreed, saying: “Hijras live in impoverished areas with extreme poverty due to no or minimal financial or infrastructural support from the government.”

Mohammad Ismail, an additional secretary at the Social Welfare Ministry, however, has assured government support.

He told Anadolu Agency that the ministry already provides 600 taka ($7) monthly to thousands of listed members of the marginalized community.

Ismail said the government wants all of them to be enlisted but to no avail. “They prefer other ways of income … mindset of both the community members and the society at large needs to change.”

Need for law to safeguard transgenders

Prime Minister Sheikh Hasina in 2013 allowed hijras to be identified as a separate gender in the national database but more is yet to be done.

Mitu has been working for the rights of transgenders in Bangladesh for nearly three decades and called for legislation for their protection and welfare.

“Their miserable situation will only change if they’re given equal rights,” she said.

Ismail also concurred that law is “badly needed” such that families do not disown them, and reserve the property rights for them just like their other children.

“We will start working on it if we get any positive nod from the high-ups in the government,” he said.