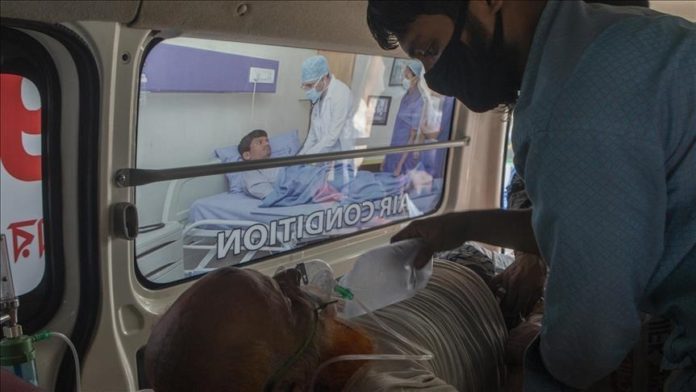 Bangladesh directed local administrations on Thursday to increase oxygen supplies and coronavirus-dedicated beds at divisional and district hospitals as demand for critical medical support mounts amid a new peak in infections.

Shortage at hospitals has already created a crisis in the capital, Dhaka, for incentive care units and virus-dedicated beds as patients are rushing to facilities in an effort to save lives.

The prime minister’s office, in a virtual meeting with divisional and district commissioners, issued the directives as the situation continues to worsen.

The Prime Minister’s Principal Secretary Ahmad Kaikaus presided over the meeting and directed administrations to incorporate health safety protocols and increase efforts to keep those who are infected in isolation. He urged all to follow government directives to keep residents safe.

Meanwhile, the government has decided to recruit an additional 8,500 nurses under an arrangement with the Public Service Commission.

Hospitals have been facing a shortage of health workers during the pandemic.

The DGHS said it can provide 210 – 220 tons of liquid oxygen daily. But experts and media reports estimated the daily demand for oxygen has surpassed 230 tons amid surging infections last week.

Bangladesh imposed a nationwide lockdown on July 1 and extended until July 14 the closure of all government, semi-government and private offices. It also asked residents to stay at home unless there was an emergency.

Police arrested 1,077 people in Dhaka on Thursday for violating the lockdown and fined 318 others. Law enforcement agencies also fined about 1,000 vehicles for similar offenses, according to the Dhaka Metropolitan Police.

It has inoculated more than 10 million people, according to the DGHS.