TurkishPress
Home News Bangladesh: 'Half of Dhaka dwellers had virus by July' 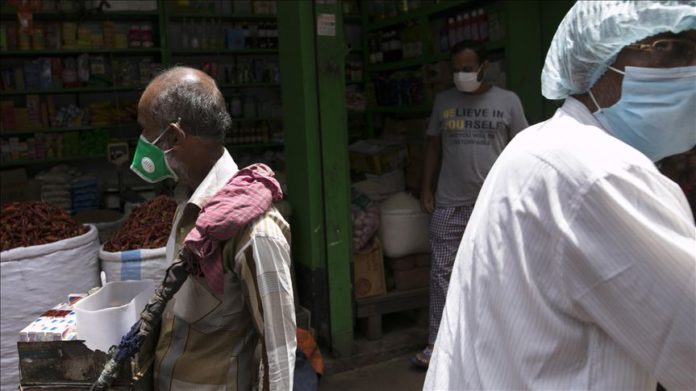 Nearly half the residents of Bangladesh’s capital Dhaka were exposed to the coronavirus and developed antibodies, according to a new study.

The findings released on Monday showed that an estimated 10 million people in the city of over 20 million – one in every 10 – may have been infected by July.

The figure is a far cry from the government’s official count, which places the number of COVID-19 cases in Dhaka so far at around 200,000.

The study was conducted by the Institute of Epidemiology Disease Control and Research (IEDCR) and the International Center for Diarrheal Disease Research, Bangladesh between April 18 and July 5.

It included 3,227 households across the capital, with 12,699 individual samples collected and tested through the RT-PCR method.

Some 74% of people from the city’s congested slum areas tested positive for COVID-19 antibodies, with the figure at 45% for people living in urban areas, said the report available with Anadolu Agency.

Over 80% of the positive cases were asymptomatic and there were also reinfection cases, it said.

For the government, these figures are not a cause for concern, with Health Minister Zahid Maleque recently claiming that Bangladesh is witnessing a second wave but the “situation is under control.”

Mushtaq Hossain, a virologist and chief advisor at IEDCR, concurred with the view, saying the study was conducted over three months ago and the spread of the virus could have slowed down by now.

“Big cities worldwide, including in developed countries, have had a higher number of infections. Dhaka, with more than 20 million people, is one of the most polluted and densely populated cities in the world, so the risk of more infections was always present,” he told Anadolu Agency.

“Apart from Dhaka, though, we don’t think there are any other areas in Bangladesh where infections would have grown in a similar manner.”

However, he admitted that the number of nationwide infections could be at least 40% higher than the government’s figure.

“In Dhaka, the actual number could be 80 times higher than the official data,” said Hossain.

According to him, at least 60% of the country’s some 165 million population has been infected to date.

He agreed with the study’s findings on asymptomatic infections, saying that such cases are on the rise in Bangladesh.

Both experts stressed the need for increased and more effective testing in the country.

Hossain said the daily test number should be between 25,000 to 30,000 – double or more than the current average of 13,000 – while Khan called for antigen and antibody tests to also be used along with RT-PCR tests.