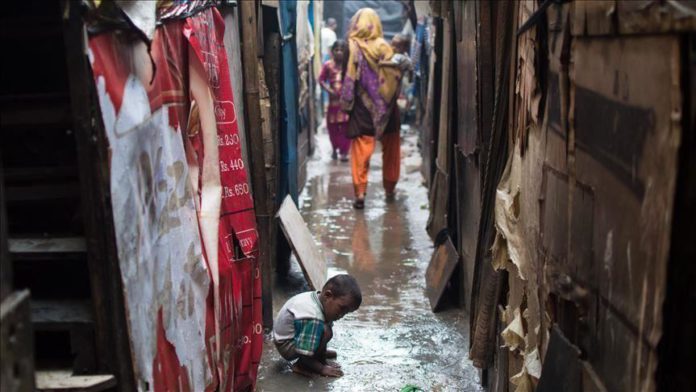 There is growing fear of the rapid spread of coronavirus in Bangladesh’s crammed refugee camps housing more than one million Rohingya after three cases were confirmed recently.

“The lethal virus has finally started infecting the overcrowded Rohingya camps. It’s an alarming situation for us,” said Mahbubur Rahman, a government civil surgeon in Cox’s Bazar, a coastal district where the camps are located.

Bangladeshi authorities have stepped up ongoing restrictions in the sprawling camps, scaling down the presence of aid organizations while the local administration declared a strict ban on the presence of any outsiders at camps.

In early May, over 300 Rohingya were moved to a remote and uninhabited islet citing risks of coronavirus contamination in the camps.

“Since the very beginning of the first case we have been taking all precautionary measures, but ultimately one Rohingya has been reported positive for COVID-19 along with another host community member who worked at a grocery shop inside the camps,” Rahman told Anadolu Agency.

The infected local resident has been isolated at his house near the Rohingya camps.

All tents of the camp’s block where the infected Rohingya was living have been locked down, Rahman added. “All of his family members have been kept in institutional quarantine.”

Rohingya refugee settlements are divided into 34 camps and each camp comprises many blocks.

“We are also working to trace out the recent contacts of the infected Rohingya to put them in quarantine,” the surgeon said.

Regarding the additional two infections on Friday, he added they have also been shifted instantly to the isolation center inside camps.

He added there is arrangement to institutionally isolate 100 people inside camps that can be extended to 300 on emergency need.

“Moreover, the [Bangladesh] government has the plan to develop structures for isolating at least 1,000 people near the camps with priority to Rohingya if needed,” he said.

Meanwhile, following the first case, the UN Refugee Agency and its partner organizations have intensified their COVID-19 response in camps, said a statement issued on Friday.

“Over 3,000 refugee volunteers have received training on COVID-19 and work in the camps to ensure key messages are shared with refugees,” the statement added.

Meanwhile, health guidelines and social distancing rules are being reportedly violated at packed camps where 40,000 to 70,000 people are living per square kilometer, according to the World Health Organization.

“After the lockdown in late March, the supply of relief goods has reduced to nearly half. We are hungry, we need food. So we cannot afford to stay home amid coronavirus,” Rohingya refugee Abdur Rahim told Anadolu Agency.

Rohingya rights bodies and experts have warned of a rapid spread of the contagious virus in camps.

“If immediate measures are not taken, thousands of Rohingya refugees may be infected rapidly and that will be a great disaster for the persecuted people,” European Rohingya Council head Hla Kyaw told Anadolu Agency.

He urged for the immediate supply of personal hygiene kits including soap, hand sanitizers, and pure drinking for camp dwellers.

“Speedy tracing out of suspected cases and testing them is a must.”

Addressing Bangladeshi authorities, Kyaw, who is also a medical doctor, said: “Bangladeshi government should lift the ban on internet access so that Rohingya can get vital preventive health information about COVID-19.”

Citing security ground, Bangladesh has been imposing a ban on mobile and internet networks at Rohingya camps since early September 2019.

Bangladesh Home Minister Asaduzzaman Khan, however, recently told Anadolu Agency that mobile and internet network are available at camps but on a limited scale “just to curb camps-based crimes.”