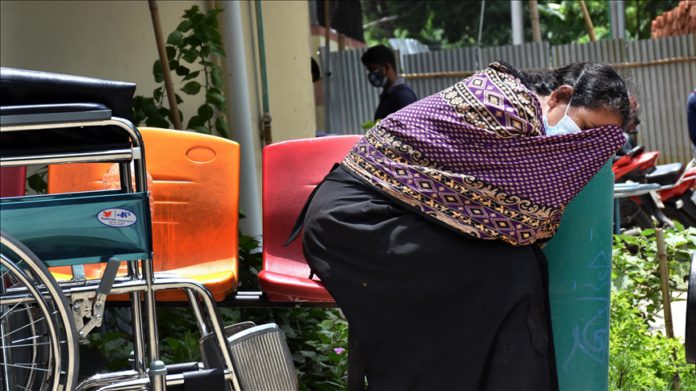 Floods triggered by dayslong monsoon showers and an alarming surge in coronavirus infections have proved to be a double blow for thousands of Rohingya refugees and locals living in coastal areas of southern Bangladesh.

“As of 29 July, initial reports indicate over 3,800 shelters [housing over 21,000 Rohingya refugees] have been destroyed or damaged as a result of the severe weather events,” the UN refugee agency UNHCR said in a statement on Saturday.

According to government data and local media reports, at least 24 people have died due to heavy rainfall and consequent landslides, including six Rohingya refugees in the southern Cox’s Bazar district.

The UNHCR said more than 13,000 Rohingya refugees have been forced to temporarily relocate and have sought shelter in community facilities or with other families.

“Hundreds of facilities are damaged including primary health clinics, distribution points, and latrines,” read the statement, adding that access for rescuers “has been hindered due to damage to roads, pathways and bridges.”

“We are also providing essential items to the Rohingya,” he said, asserting that there was no scarcity of food supplies for refugees.

Tens of thousands of people have also been affected in coastal districts such as Chattogram, Khulna, Bagerhat, and Barguna, where thousands of houses and swaths of farming land remain inundated.

However, there may be respite for the country in the coming days as latest weather reports indicate a break in the incessant downpour.

Bangladesh is also battling an alarming spike in coronavirus infections, with the surging Delta variant pushing fatalities and daily cases to record highs.

According to latest government data, 218 more deaths and 9,369 infections were confirmed over the past day, taking the total tally past 1.2 million, including 20,685 fatalities.

The number of cases in Rohingya camps also increased by 16 and now stands at 2,431, including 27 deaths.

Having expedited its mass immunization drive over recent days, Bangladesh has set a target of vaccinating 10 million people per month.

Nearly 13 million vaccine doses have been administered so far in the country of some 165 million, including more than 258,000 shots in the last 24 hours, according to official figures.