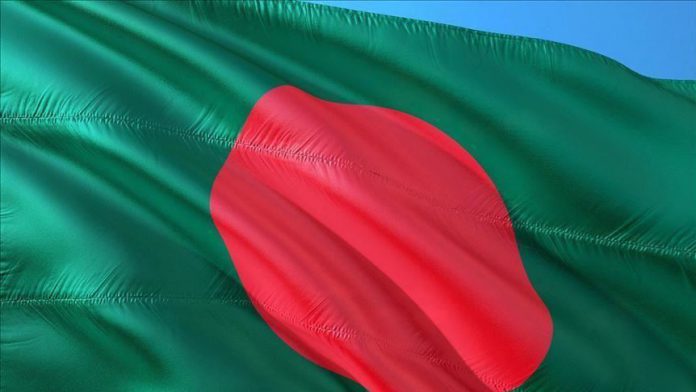 Bangladesh has slammed international organizations for their tendency to pressure Dhaka to shelter hundreds of Rohingya who had been stranded in the Bay of Bengal for weeks.

The country’s Foreign Minister AK Abdul Momen also called on neighboring countries to share the burden of Rohingya refugees, who fled the state persecution in Myanmar.

He was responding to increasing global calls for accepting an estimated 500 Rohingya refugees, mostly women and children, who have been stranded in the Bay of Bengal for weeks after being rejected by Malaysia due to the coronavirus pandemic.

“It is deplorable that whenever any humanitarian disaster occurs at sea due to Myanmar, it has become a tendency on the part of a few international organizations to urge Bangladesh to shoulder the burden instead of approaching others,” Momen told Anadolu Agency. UN High Commissioner for Human Rights Michelle Bachelet last week appealed to Momen in a letter to open ports and “allow the boats to land,” calling the situation “a human tragedy.”

“There are eight countries around the Bay of Bengal and the Andaman Sea, and each has an equal obligation [to shelter stranded Rohingya,” Momen said.

Dire situation in boats at sea

Rohingya rights organization from across the globe also called on countries in the region, including Bangladesh, to show compassion to the distressed Rohingya.

Free Rohingya Coalition on Tuesday called on the governments of the member states of Association of South East Asian Nations (ASEAN) and other countries in South Asia “to urgently provide entry and refuge to Rohingya survivors of Myanmar’s Genocide.”

“These acts of pushing hundreds of starving and persecuted Rohingyas back out to the sea in the full knowledge that they have no safe place of refuge elsewhere, are violations of their human rights at the most fundamental level,” it said

Highlighting that the Rohingya on boats “do not have adequate supplies of drinking water, food or fuel” the group said: “States are obliged to provide those on board the ships with a place of safety and access to humanitarian support as victims of state persecution and genocide, and as potential victims of trafficking.”

Hla Kyaw, head of the European Rohingya Council also warned “the lives of hundreds of Rohingya on two boats will be lost if Bangladesh turns its back to them.”

Global leaderships must come forward to save them

Bangladeshi minister, however, argued: “As per international maritime law, surrounding countries of the sea have the responsibility to share the burden of any humanitarian disaster on the sea.”

Mentioning that his country is sheltering more than one million Rohingya refugees, Momen said: “The homes [countries] of these international organizations may also come forward to rescue them. They have enough resources and capability.”

Urging the international community not to merely put pressure on Bangladesh, he added: “They are not Bangladeshi nationals and Bangladesh must not be subjugated again and again to take care of all persecuted people of Myanmar.”

“These people are human beings, and global leaderships must come forward to save them,” he said, adding “it is time for them to be honest and take corrective steps instead of overburdening Bangladesh, the most densely populated country in the world.”

Maung Zarni, a UK based scholar and coordinator of the Free Rohingya Council also voiced concern over the dire situation

“Rohingya suffer double-persecution: first by own country #Myanmar’s on-going #genocide &, second, if they survive, subsequently the pattern of inhuman abandonment or mistreatment by Asian neighbours, playing pingpong with lives,” Zarni wrote on Twitter.

In the face of deadly clashes in Myanmar and the uncertainty of a peaceful repatriation, the Rohingya are reportedly leaving crammed camps in Bangladesh to flee to countries like Malaysia and Thailand via risky sea routes.

On April 15, Bangladesh coast guard units rescued a boat carrying 390 Rohingya who were reportedly turned back from Malaysia nearly two months ago. As many as 100 had perished at sea.