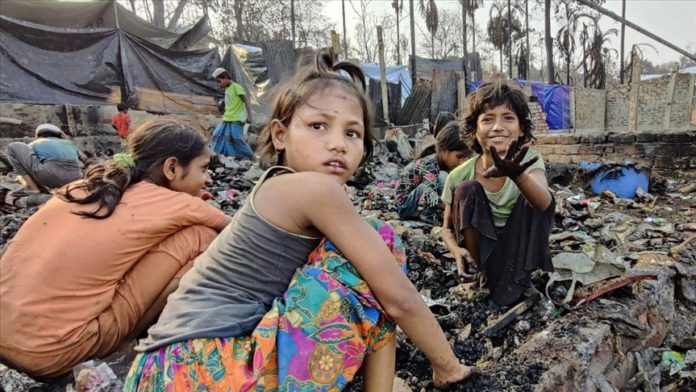 With a population of some 163 million, Bangladesh is beset by over 10 million climate refugees, despite it being the source of almost none of the emissions now warming up the planet, according to a top government official.

More than 750,000 Rohingya refugees, mostly women, and children fled Myanmar and crossed into Bangladesh after Myanmar forces launched a crackdown on the minority Muslim community in August 2017.

The dialogue was co-organized by the Bangladesh High Commission in London and London’s Tower Hamlets Council.

Referring to the country’s role as head of the Climate Vulnerable Forum, Alam said: “Bangladesh, with a near-to-nil carbon footprint, ranks number seven in the Global Climate Risk Index 2020’s most at-risk country and a profound victim of global emissions.”

He warned that by 2050, rising sea levels will submerge 17% of Bangladesh’s coastlines and displace more than 20 million people.

US consumer confidence down in January