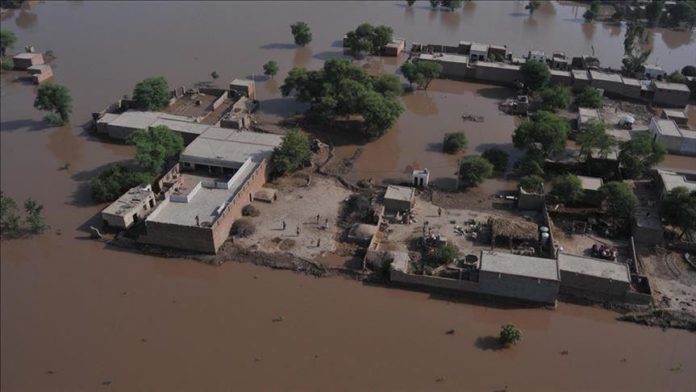 With fight against the COVID-19 pandemic aside, Bangladesh is also struggling to face the flash floods that killed at least eight people so far, a government official said on Thursday.

The South Asian country reported around 2,500 deaths from coronavirus while the confirmed cases neared 200,000, up from 193,590 on Wednesday, according to Health Ministry data.

Meanwhile, week-long floods, which are expected to be severe in some parts of the country in the upcoming days, have already affected more than 2 million people, forcing more than 20,000 to leave their homes and to take shelter in government-provided facilities in northern areas of the country, an official from the Disaster Management and Relief Ministry said.

“The situation caused by floods has been deteriorating since July 11 after slight improvement since it first hit us on June 25,” Enamur Rahman, state minister for the ministry, said in a virtual news briefing.

Eight people were killed and 2.25 million others are still inundated by the flood water, he added.

Rahman said floods hit almost one-third of the country, affecting more than 487,000 families across 18 out of 64 districts.

He, however, assured that the government is concerned with both pandemic and flood and is working to deliver sufficient relief items to all people affected.

Floods are common in Bangladesh during monsoon season due to overflow of water via 54 rivers coming from the upstream Himalayan mountains through neighboring India.

Dhaka blamed New Delhi for the recent floods, as India allows more water flow into Bangladesh by opening all barrages in more than 50 rivers shared by both countries.

“It was a longstanding phenomenon that India held back water in dry season and open its barrages across major cross-border rivers, including the Ganges and the Teesta, during monsoon, flooding Bangladesh and adversely affecting lives and livelihoods,” Zafar Ahmed Khan, an official from the Bangladesh Water Resources and Management Ministry, was quoted by local daily the New Age as saying on July 11.