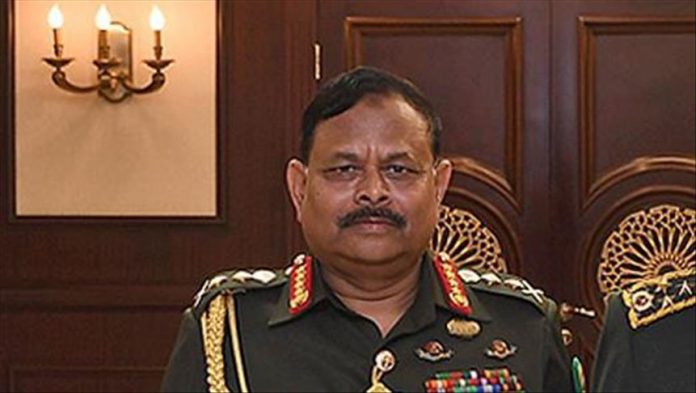 Bangladesh’s Army Chief is scheduled to pay a weeklong visit to neighboring Myanmar early next month amid an ongoing dispute about repatriating of Rohingya refugees.

“The purpose of the visit is to improve existing military ties of both countries and find out the scopes of cooperation with each other,” said Lt. Col. Abdullah Ibn Zaid, head of the army’s Inter Services Public Relation (ISPR).

Dhaka and Naypyitaw have been fighting about repatriating more than one million refugees who fled a military crackdown in the northern Rakhine State of Myanmar and took shelter in southern Bangladesh district of Cox’s Bazar.

Zaid said the visit has no link with the Rohingya repatriation issue. “It is a matter of foreign ministry. The motive of our chief’s visit is to strengthen relations between the military forces of both countries.”

The ISPR spokesman, however, said by direction of Prime Minister Sheikh Hasina, any issue might be raised by Gen. Aziz Ahmed during his visit. “It’s not known to us whether the prime minister has instructed our chief on any particular issue.”

In reply to a query by local media, Aziz on Monday said, “the main objective of the visit would be to strengthen mutual cooperation between the armies of Bangladesh and Myanmar, including exchange of training,” the New Age reported.

“We have good relations with Myanmar and I will be visiting the country as part of the process to further strengthen the relations, including exchange of training,” he added.

He said during a recent visit to China he explained to military leadership there that “the Rohingya crisis could pose a regional threat from the security point of view,” the report added.

“We have informed the whole world about Rohingya refugees and the world is with us and Gambia has already filed a genocide lawsuit against Myanmar to the International Court of Justice and in such a situation, any Bangladeshi high profile official visit to Myanmar will weaken the move,” Rahman said.

“It will be one kind of help to Myanmar as they will propagate worldwide that Bangladesh’s army chief is visiting our country and we have a good relation to mutually solve the Rohingya crisis and so why you are showing interest here,” he added.

He also urged Bangladesh to postpone the high profile visit after the U.S. claimed Myanmar has destructive chemical weapons.

Aziz’s visit to Myanmar will be a high profile military visit from Bangladesh after more than five years, according to ISPR record.