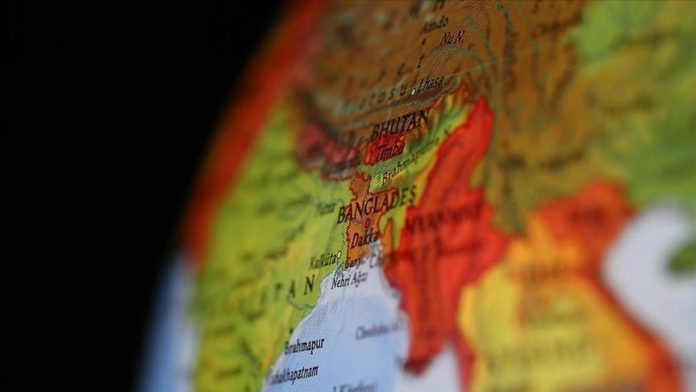 Hundreds of students, most belonging to left-leaning politics, staged demonstrations Saturday here in the capital to protest the death of a writer who was in police custody.

“It is undoubtedly a state murder and we want a judicial investigation over the custodial death of writer Mushtaq Ahmed,” General Secretary of Socialist Students’ Front Nasir Uddin Prince told Anadolu Agency.

Prince said Ahmed’s death was a “result of a fascist ruling” of the Awami League government and that all who were arrested under the “black law [Digital Security Act (DSA)] must be freed immediately.”

Law enforcement arrested Ahmed, along with cartoonist Ahmed Kabir Kishore, in May 2020 under the country’s controversial DSA for criticizing the government on social media.

Bail petitions were rejected several times despite concerns voiced by rights defenders at home and abroad.

Bangladesh enacted the law in 2018 and asserted it would help curb crimes through digital platforms. Rights defenders, however, expressed reservations about different controversial provisions in the law, doubting it would be applied to control opposite voices.

Hundreds of political activists, journalists and human rights workers have been detained since the enactment of the law.

“We demand for complete expulsion of this draconian and black law,” Prince added.

Masud Rana, president of the student front, demanded an immediate release of the protesters, while speaking to told Anadolu Agency.

The DSA is a black law, according to Rana, who said such a “repressive law” can never exist in a democratic country.

“Actually the authoritarian Awami League government is trying to establish a state of fear so that none dares to criticize the misrules of the government,” he said.

The US State Department urged Bangladesh on Saturday to investigate the death of Ahmed, who was in jail since May 5, 2020, under the controversial law.

“We are concerned by Bangladeshi writer Mushtaq Ahmed’s death in custody while detained under the Digital Security Act. We call on the Government of Bangladesh to conduct a transparent investigation and for all countries to uphold the right of freedom of expression,” spokesperson Ned Price tweeted.

“We call on the Government of Bangladesh to conduct a swift, transparent, and independent inquiry into the full circumstances of Mr. Mushtaq Ahmed’s death.”

Ahmed was pronounced dead upon arrival at the Shaheed Tajuddin Ahmed Medical College Hospital in Gazipur after being transported from the Kashimpur Jail, the nation’s second main prison.

Meanwhile, in a separate statement, the Committee to Protect Journalists (CPJ), a US-based rights group, said Friday: “The Bangladeshi government must allow an independent inquiry into how Mushtaq Ahmed died and move immediately to repeal the Digital Security Act, which it has used repeatedly and unjustly against journalists.”

Home Minister Asaduzzaman Khan Kamal told journalists Friday that a body would be formed to investigate the cause of death.

He, however, alleged that Ahmed violated the law and hurt the faiths of others through his writing several times and there were cases against him.