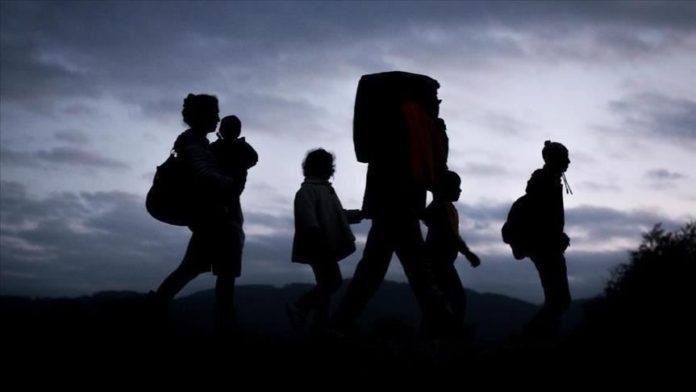 Four people were arrested in Bangladesh on Wednesday in connection with the recent killing of 26 Bangladeshi migrants in Libya.

Three men and a woman were arrested by the Rapid Action Battalion (RAB), an elite security force, from various parts of the Kishoreganj district, just outside the capital Dhaka.

Investigators are still working to ascertain the role of Munni Akhtar Ruposhi, 25, in the operation, he added.

The arrests are a continuation of ongoing investigations and come after another human trafficker, Kamal Uddin alias Haji Kamal, was held in Dhaka last Friday.

The security authorities have accused Kamal of being the leader of a group illegally sending Bangladeshis to other countries.

Investigators said his group has trafficked hundreds of Bangladeshis to the Middle East and Libya.

They said Kamal has smuggled over 400 people to Libya over the past decade, including some of the Bangladeshis who were killed there last week.

A group of 42 migrants, including 38 Bangladeshis, was held captive in Mizdah, 180 kilometers (112 miles) from Libya’s capital Tripoli, before being trafficked to Europe.

According to the Bangladesh Embassy in Libya, the migrants were shot after they killed the leader of the abductors.

Dozens of hostages, including 26 Bangladeshis, died and 11 more were injured.

The Civil Society for Global Commitments on Migration, a network of Bangladeshi NGOs, has said nearly 700 Bangladeshis were rescued while trying to enter Europe illegally between this January and April.

According to the UNHCR refugee agency, about 2.5 million people crossed the Mediterranean from 2014 to April 2020, 19,000 of whom lost their lives during the dangerous voyage.

Libya is home to a large number of migrants, including some trying to use it as a stopover on the way to Europe.