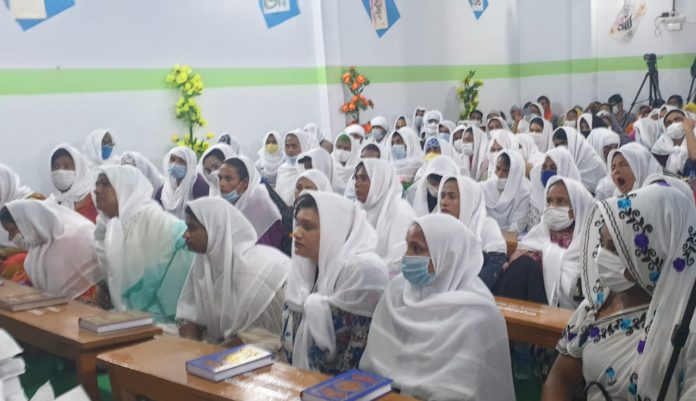 Excitements is running high among students as the first-ever transgender Islamic school in Bangladesh has been inaugurated and handed out books to its students at the start of the new academic year.

The Dawatul Quran Third Gender Madrasa, located in the capital Dhaka, started its journey last November in the hand of a group of Muslim clerics and trainers with support from a local charity.

“The first such an initiative for transgender Muslim students has created huge hopes and opportunity for members of the discriminated minority in Bangladesh. We can now believe that we could be treated as human souls and integrate into the mainstream,” described a student, while addressing the event echoing many others of her community.

The founding Principal and Director Mufti Abdur Rahman Azad presided over the inauguration ceremony of the new academic year on Friday while Mufti and other senior Islamic clerics and local government officials spoke at the event welcoming and appreciating the launching of the Madrasa.

All Islamic clerics described that there is no discrimination among human beings before God while society creates obstacles and discriminations among us. And, every human being will be judged before God on consideration of one’s deeds, not on gender, Azad said.

The aim of launching the school is an eye-opening initiative to the society that transgender people are capable human beings to get integrated into the society, said teachers and officials.

The schools started providing Quranic education under the Qawmi syllabus — curriculum for religious schools — and students will gradually be provided other academic knowledge and skills, including Bangla, English, and science.

According to government figures, there are some 10,000 member Hijras — third gender — in Bangladesh, which is disputed by Abida Sultana Mitu, the president of the Bangladesh Hijra Kalyan (Transgender Welfare) Foundation, who claims it to be at least 1.5 million people.