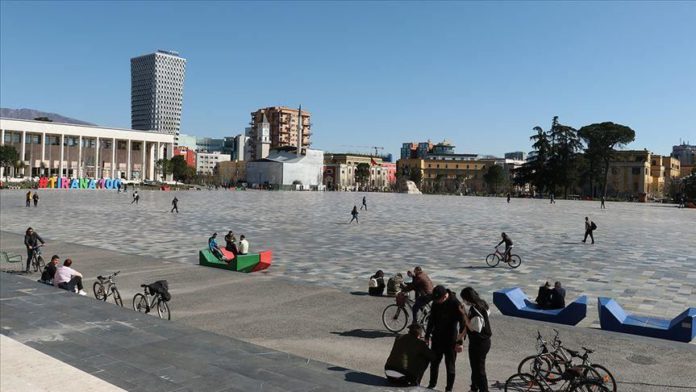 A growing number of countries in Central and Southeast Europe are lifting coronavirus lockdown measures amid a steady decline in the number of new infections.

Slovak Prime Minister Igor Matovic announced the coronavirus’s spread in the country has been brought under control as a result of the measures, so the state will continue to gradually lift the measures.

It is expected that movie theaters, swimming pools, kindergartens, and primary schools to be opened throughout the country from 20 May.

Slovakia so far has registered 1,465 cases and 27 deaths.

Meanwhile, the Foreign Ministry said Slovakia’s joint borders with the Czech Republic and Austria are expected to open in the summer and the opening of the Slovakia-Hungary border has also been discussed.

Also, the Czech Republic takes the second step of the normalization process in daily life.

The terraces and gardens of cafes and restaurants, hairdressers, museums, sports halls were opened as well as cinemas and theaters.

Also, visa and residence procedures for foreigners started again in the foreign representatives of the Czech Republic in 20 countries.

Serbia on Monday opened kindergartens, but it was stated that children of families that are working will be admitted in the first step and a health report will be issued to them.

The country last week lifted the state of emergency and curfew. It also allows restaurants and coffee shops as well as shopping centers to be opened.

Bulgaria announced it will lift the state of emergency on May 13, and that if the cases rise and do not fall below 100 for three consecutive days, strict measures will be brought again.

Albania allowed shops, hairdressers, dental clinics, and shopping centers to be opened. The country announced that the removal of measures in the country will take place on 18 May.

Montenegro opened mosques in the country for worship on Monday. To maintain social distancing, a limited number of congregations will be accepted, and it is obligatory to wear a mask.

Serbia so far registered 10,176 cases with 218 deaths, and Montenegro 324 infections with nine fatalities.

In Bosnia and Herzegovina 2,141 cases were recorded with 113 deaths, whereas in Bulgaria cases neared 2,004 with 93 fatalities.

Albania has recorded 872 infections with a death toll of 31, and in Kosovo the cases reached 884 with 28 fatalities.

The pandemic has killed over 286,600 worldwide, with total infections more than 4.19 million, while recoveries exceeded 1.46 million, according to figures compiled by the US’ Johns Hopkins University.