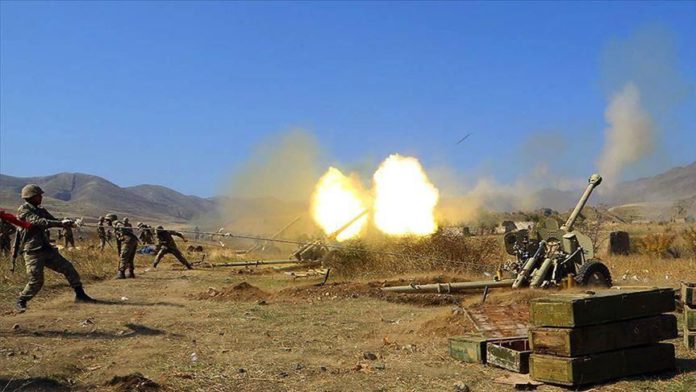 Azerbaijan’s military on Saturday advised civilian population, living in settlements close to the combat operations zone, to stay away from military installations in order to avoid any potential harm.

In a statement, the Azerbaijani Defense Ministry said that Armenian soldiers and volunteers were deceived by Armenia’s leadership and offered them to lay down their arms and surrender.

“All the rights of prisoners of war and civilians will be protected in accordance with International Humanitarian Law, and through international organizations, the necessary conditions will be created for persons wishing to move to third countries,” the statement added.

In a separate statement, the Defense Ministry said the Azerbaijani military repulsed an attack by Armenian forces on the Syunik-Zangilan road.

“The enemy facing fierce resistance from our units was forced to retreat. There are prisoners captured from enemy forces,” it added.

In a combat operation conducted on Saturday, the Azerbaijani Air Forces destroyed three tanks, two shelters, and four strongholds of the Armenian armed forces in the Aghdere and Aghdam directions of the front, the Defense Ministry said.