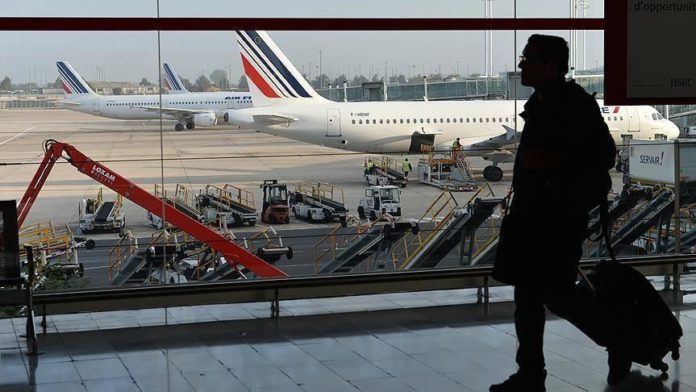 Air France-KLM CEO Ben Smith on Monday said the €10 billion ($11.7 million) aid package given to the beleaguered carriers by the French and Dutch governments will sustain them for less than a year.

The Franco-Dutch airlines suffered just under €4.5 billion ($5.3 billion) in losses during the first two quarters of 2020 alone.

The two airlines had already announced in June the cutting of jobs by the end of 2022 in order to stem losses over reduced business from the pandemic. Air France pledged to cut an estimated 7,600 positions and KLM an estimated 5,000.

CEO Benjamin Smith told French daily L’Opinion: “We are making all possible savings within the group and in the companies, which is essential to be able to get through the months to come.”

On Sunday, Dutch Finance Minister Wopke Hoekstra had warned that the airline may not survive if measures are not quickly put into place to cut costs. Air France-KLM announced last month that they were they were losing €10 million ($11.75 million) per day due to the pandemic.

“The survival of the airlines is not a given,” Hoekstra said on Dutch public television. “They will have to address their cost base even as things stand now. And suppose this situation lasts until the end of next year. Then they will have to cut even deeper.”

Aware of cost-cutting measures that need to be addressed, Smith added that a plan announced in November 2019 is intact but the coronavirus crisis is forcing the carriers to move forward more rapidly than usual.

Air France is 14% owned by the French government, who had already given the airline €7 billion ($8.22 million) in aid this year. KLM is equally owned by the Dutch government and has given assistance to that carrier so far this year in the amount of €3.4 billion ($4 million).