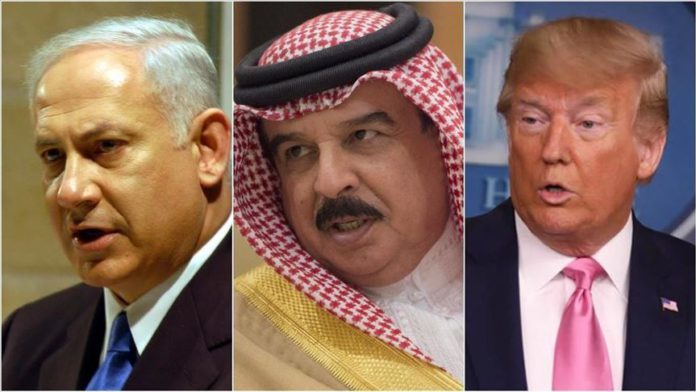 The top trending tweet Friday on Twitter in Bahrain was “Bahrainis against normalization” shortly after a deal to normalize relations between Israel and Bahrain was announced.

“It is an illusion that the Bahraini people enter the tunnel of normalization. The Egyptian people up to the moment have their heads raised against normalization,” said Majed Milad, a leading member of the Al-Wefaq National Islamic Society, the largest opposition group in Bahrain that was dissolved by authorities in 2018.

Human rights activist Maryam Al-Khawaja posted a series of tweets in which she said: “The people of Bahrain are not free, nor do they have any say in what the regime does or decides, locally or internationally. The fight for justice and freedom continues.”

Former lawmaker Jawad Fayrouz, said: “The largest and most horrific crime committed by the ruling authority in Bahrain in its history against the people, the homeland and the Arab and Islamic nations, and human values is normalization with the Zionist entity.”

Israel and Bahrain agreed to establish full diplomatic relations in a second breakthrough between Israel and its Arab neighbors after a similar deal with the United Arab Emirates (UAE) was announced last month.