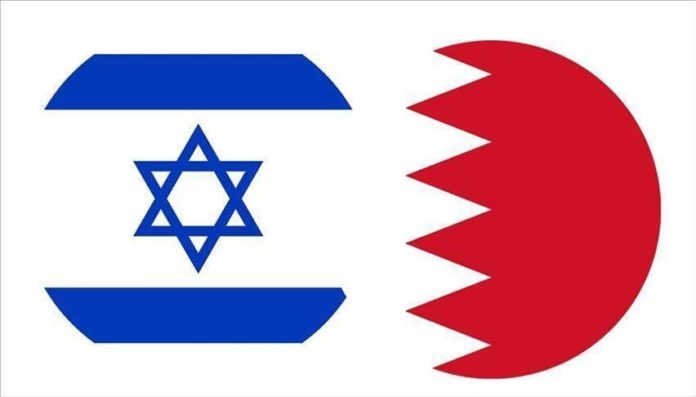 An Israeli journalist wrote Thursday on Twitter that Bahrain’s Industry, Commerce and Tourism Minister said his country “will NOT distinguish between Israeli products made within the 1967 lines and those from settlements.”

Raphael Ahren, who works for the Times of Israel online news site quoted Zayed bin Rashid Al-Zayani who said Bahrain will have “no labels for goods from West Bank & Golan Heights.”

Ahren said the full interview with Al-Zayani was made for the site and will be later published.

“We will recognize them as Israeli products… I don’t see, frankly, a distinction which part or which city or which region it was manufactured or sourced from.” Ahren tweeted, citing the Bahraini minister who is on his first official visit to Israel.

Bahrain has yet to comment on Al-Zayani’s controversial statement.

UN Security Council resolution 2334 adopted in December 2016 condemned Israel for illegal settlement policies in the occupied territories and considered them as illegal under international law.

However, the US State Department rejected that position last month by stating that it would label settlement products as Israeli made.

Bahrain became the fourth Arab country to form diplomatic relations with Israel, after Egypt in 1979, Jordan in 1994, and the United Arab Emirates (UAE) in August.

Recent US-brokered normalization deals signed by the UAE and Bahrain with Israel have drawn widespread condemnation from Palestinians, who say the agreements ignore their rights and do not serve their cause.