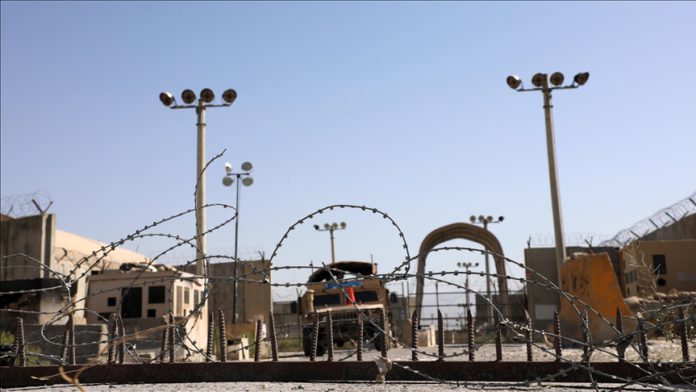 Conceived during the Cold War era, the Bagram Airfield in Afghanistan saw the inception of the modern Afghan Air Force before serving as the main bastion for the invading Red Army and later as the main base of operations for the US in the war-ravaged country.

By effectively vacating this sprawling facility overlooking majestic Hindu Kush Mountains in the historical town of Bagram, the US this week moved closer to ending the longest chapter of its military engagement in Afghanistan.

Built during the reign of King Zahir Shah in the 1950s, Bagram Airfield initially had a runway of 10,000 feet. Over the years, it both received upgrades and suffered destruction during the Cold War and Soviet invasion, civil war and eventually the US invasion in 2001.

Home to Americans in Afghanistan

Within months after the US invaded Afghanistan and toppled the Taliban regime, Bagram became home to nearly 10,000 US soldiers, transforming the entire area and making the town synonymous to the Americans with military patrol vehicles plying through the lands around it, along with jets, choppers and drones flying overhead.

In the peak of the invasion, a Bagram resident Parvez Ameen told Anadolu Agency, the US troops would mingle with the locals openly, share gifts and distribute propaganda materials. “But, in the later years, when the Taliban-led insurgency gained momentum, they (Americans) cut contacts with the locals,” he said.

Over the years, the base was drastically transformed to give the US soldiers a sense of belonging, with Christmas and Thanksgiving celebrations, a state-of-the-art medical facility, and a Burger King kiosk. Visiting top US officials, including presidents George Bush, Barack Obama and Donald Trump, would land here and talk to the soldiers on duty before meeting the Afghan officials.

The airfield was in rough shape when the US invaded Afghanistan, military analyst retired Brig. Ali Khail said, adding that the US took control of it from the then anti-Taliban Northern Alliance and rebuilt the facility to match their needs.

“This is the most advanced and biggest military facility in the country. The control and effective use of the Bagram Airfield would be decisive for the future of Afghanistan,” he added.

Bagram was also called the “Guantanamo of Afghanistan” by many in the country as it served as the main prison facility where US forces jailed alleged terrorists.

The prison facility was built in Bagram during the administration of President Bush, once holding up to 3,000 suspects. Its control was transferred to the Afghans in 2012.

Mawlawi Hamdullah Tarakhail was a young member of the Hezb-e-Islami party when US forces captured him along with thousands of other alleged Taliban and al-Qaeda fighters from the capital Kabul and imprisoned them here before being moved to Guantanamo Bay.

“In Bagram, I faced atrocities beyond explanation and torture that was ‘inhuman.’ They (Americans) would completely undress us, put us in chains whenever we wished to go to toilet. They (Americans) would shout in our ears, force us on the shoulders, and parade us naked to the shower. For us Muslims, this is disgraceful,” he had told Anadolu Agency last year.

Deployment of foreign troops began in Afghanistan on Oct. 7, 2001 when the US, together with the UK, launched Operation Enduring Freedom. They were joined by some 43 NATO allies and partners after the UN authorized International Security Assistance Force (ISAF) on Dec. 20, 2001.

There have been up to an estimated 130,000 foreign troops in Afghanistan. This mission was declared complete on Dec. 28, 2014 with the size of foreign troops drastically reduced and combat operations by all members almost entirely ended with exception of the US.

Since 2015, as per the NATO-led Resolute Support Mission, a total of 9,592 troops from 36 nations were stationed in Afghanistan, with the US topping the list with 2,500 soldiers.

‘Getting closer to peace’

Vacating of the facility has evoked mix reactions among Afghans.

Abdullah Abdullah, the head of the Supreme Council for National Reconciliation, has welcomed the development, but warned that the Taliban must not take this as an opportunity to march on Kabul to grab power by force.

For their part, the Taliban also hailed the withdrawal of US forces from the site.

In line with the announcement earlier this year by US President Joe Biden, all American troops are to depart from Afghanistan by September this year, coinciding with the 20th anniversary of the 9/11 attacks.

In the wake of the US withdrawal, the Taliban are on a nationwide offensive, overrunning more than 100 districts as Afghan forces claim that nearly 200 insurgents were killed in counter-terrorism operations on a daily basis.

Iraq denounces US pardons to agents in Iraqis murders