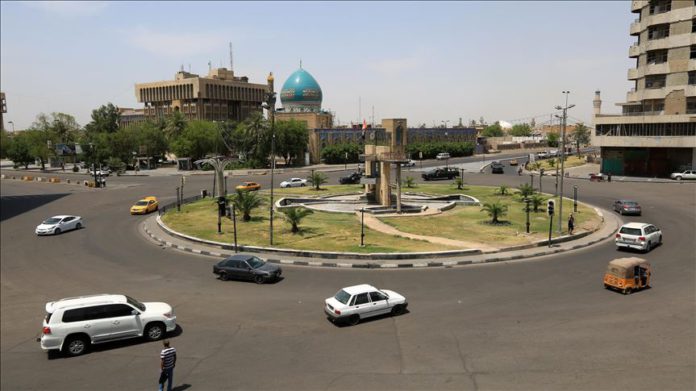 An American conservative television host said she felt safer in Baghdad in 2006 than she did in Washington DC last weekend after George Floyd protesters stormed streets of the nation’s capital.

“All people of good faith agree that what happened to George Floyd was heinous and depraved. That is murder,” Ingraham said in her opening monologue. But she wasted no time in slamming protesters for wreaking havoc across the country.

“But that is not what we are seeing on our violent streets,” said one of US President Donald Trump’s favorite TV hosts as she accused many demonstrators of being “criminals and domestic terrorists” who “want to tear down everything” Americans have built in 250 years.

After a tour of the vandalized town, she said she felt like she was in Iraq, Ingraham said.

“I felt like I was back in Iraq in 2006 in February, except I actually felt a lot safer on the streets of Baghdad than I did at times in DC last night,” she said.

She dedicated the rest of her program to explaining what is the Antifa group, blamed by Republicans for instigating the chaos.

– If looting happens in Iraq, it is a right, if it happens in DC, fight it with military might

But Republican discourse on looting has not always been consistient. Seventeen years ago, the then Republican Defense Secretary Donald Rumsfeld said looting in Iraq was a result of “pent-up feelings” of oppression and the situation would calm down as Iraqis adjusted to life without Saddam Hussein.

“Freedom’s untidy, and free people are free to make mistakes and commit crimes and do bad things,” Rumsfeld said during US occupation and invasion of that country that later led to sectarian violence.

US troops led the war on Iraq in March 2003, in a coalition with the UK and other nations.

According to Iraq Body Count, an organization that has been collating civilian deaths using cross-checked media reports and other figures such as morgue records, more than 106,300 civilians have been killed in Iraq up until July 2010.

“Very often the pictures are pictures of people going into the symbols of the regime, into the palaces, into the boats and into the Baath Party headquarters and into the places that have been part of that repression,” the George Bush administration’s top defense official told reporters at the time.

“And while no one condones looting, on the other hand one can understand the pent-up feelings that may result from decades of repression and people who’ve had members of their family killed by that regime, for them to be taking their feelings out on that regime,” he said.

Russian media break down US 'inconsistency' on Turkey