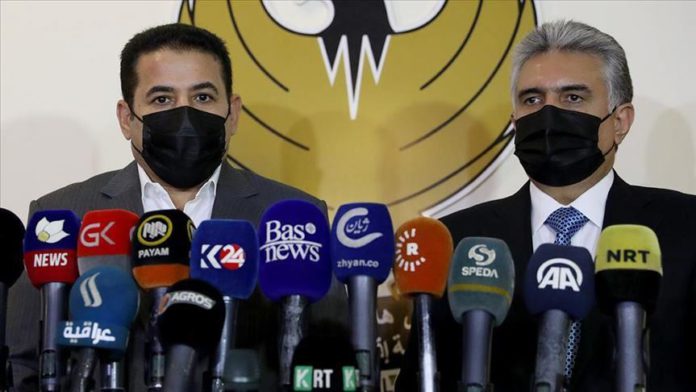 The Iraqi central government and Iraqi Kurdish Regional Government (KRG) announced Tuesday that the Sinjar deal, inked between Baghdad and Erbil in October under the auspices of UN, has been put into practice.

Ahmed told a news conference that the two sides will soon prepare a roadmap for the reconstruction and security of the district and implementation of the deal’s articles.

We will not allow any non-Iraqi power to remain in Sinjar, Araji said, referring to the PKK terror group.

“Iraqi security forces will be the only force to remain in Sinjar and the region,” he said.

The Iraqi Prime Ministry announced a “historic deal” with the KRG last month to bolster the federal government’s authority in Sinjar under the constitution in terms of governance and security.

Ahmed Mulla Talal, the spokesman for the prime minister, said the agreement would end the authority of intruding groups in Sinjar, referring to the PKK.

The PKK terror group managed to establish a foothold in Sinjar in 2014 under the pretext of protecting the local Ezidi community from the Daesh/ISIS terror group.

Some 450,000 Ezidis escaped Sinjar after Daesh/ISIS took control of the region.

Russians seek to travel to Turkey despite restrictions

Turkish, US presidents agree on efforts to combat virus